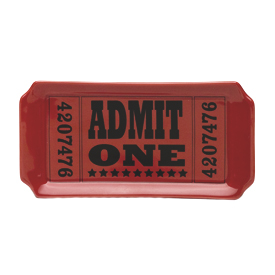 What was once a small gathering on Baker Beach in 1986 has ballooned into a year-round culture culminating in a temporary city for over 50,000 people in the Nevada desert. As Burning Man continues to thrive, so does the community’s demand for tickets to the (now) lucrative event. However, the SFBG reports that many wanna-be Burners might be disappointed when the results of the event’s new ticket lottery are announced this week, as far more tickets are being requested than are currently available.

Black Rock City LLC, which puts on Burning Man every year, said that each registrant requested an average of 1.7 tickets, “a higher than usual number,” overbuying out of fear of a new lottery-based ticketing system.

According to the HuffPo, BRC thinks “many of the participants in the lottery padded their odds by having family and friends request extra tickets, too.”

Organizers urge those interested in attending Burning Man to keep calm and rely on their stellar community. BRC chair Larry Harvey tells the SFBG, “If someone is looking for a ticket, we don’t want them to go to eBay or Craigslist, we want them to turn to their community. We think the community is a better distributor than anyone.”

BRC is also relying on the community to keep scalpers in check and will continue to manage ticket exchanges on its website, as well as host another ticket session March 28th in which 10,000 tickets will be sold online on a first come, first served basis.

Burning Man’s permits only allow for 50,000 people but the LLC is currently in negotiations with the US Bureau of Land Management to allow up to 70,000 folks to enjoy the playa.

The results of the ticket lottery system will be announced on Wednesday. If your ticket request wasn’t granted, hang in there, according to the HuffPo, BRC is “in the process of designing a Burning Man-exclusive reselling platform in which members of the Burner community offer their extra tickets at face value.”