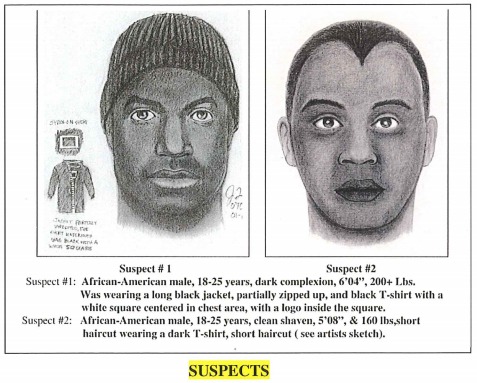 Five years after a man was shot and killed outside a San Francisco nightclub, police are asking for help solving the case and today will be joining the victim’s mother to hand out flyers about the murder.

Alberto Casillas, 20, was driving his silver GMC Yukon SUV in the area of Folsom and 13th streets in the city’s South of Market neighborhood when he was shot at 2:17 a.m. on Jan. 7, 2007.

Hours earlier, Casillas had been confronted by two suspects at Club Caliente, a nearby nightclub that has since gone out of business. The suspects had brandished a firearm during that encounter, police said.

As Casillas and his friends were driving away from the area, the suspects fired multiple rounds into the driver’s side of the Yukon. Casillas was shot and later died at San Francisco General Hospital, according to police.

The mayor’s office has authorized a $250,000 reward for information leading to the arrest and prosecution of the suspects responsible for the murder.

Police will join Casillas’ mother this afternoon at Folsom and 11th streets to hand out flyers with information about the case, as well as a picture of Casillas and sketches of the two suspects.

The first suspect was described as a black man between 18 and 25 years old who is 6 feet 4 inches tall, weighs 200-plus pounds, has a dark complexion and was wearing a long black jacket and a black T-shirt with a white square in the chest area and a logo inside the square, police said.

The second suspect was also described as a black man between 18 and 25 years old. He is 5 feet 8 inches tall and 160 pounds, was clean shaven with a short haircut and wore a dark T-shirt.

Anyone with information about the case is urged to contact Inspector Pam Hofsass or Inspector Kevin Jones of the Police Department’s homicide detail at (415) 553-1145.