$100,000 Reward Offered For Capture Of Suspects In Bayview Beating Death 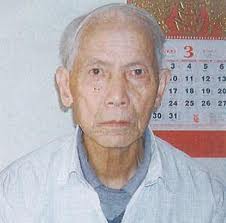 San Francisco police will be handing out fliers in the city’s Bayview District this afternoon to try to find new leads in the case of an elderly man who was fatally beaten by a group of teenage boys in 2010.

Huan Chen, 83, was assaulted by a group of boys on Jan. 24, 2010, after he left a San Francisco Municipal Railway light-rail stop at the intersection of Third Street and Oakdale Avenue and was walking to his assisted living facility, police said.

Chen was hit on the back of the head, knocking him to the ground where his head then struck the sidewalk. He was taken to a hospital, where he succumbed to his injuries two months later.

The teens fled after the attack and have not been found.

Homicide inspectors will be out at Third Street and Oakdale Avenue at 4 p.m. today to hand out fliers with information about the case and a picture of Chen.

A $100,000 reward is being offered by the mayor’s office for information leading to the arrest and conviction of the suspects in the case.