The Sexual Manifesto: A Woman’s Perspective on a ‘Pickup Artist’ Bootcamp 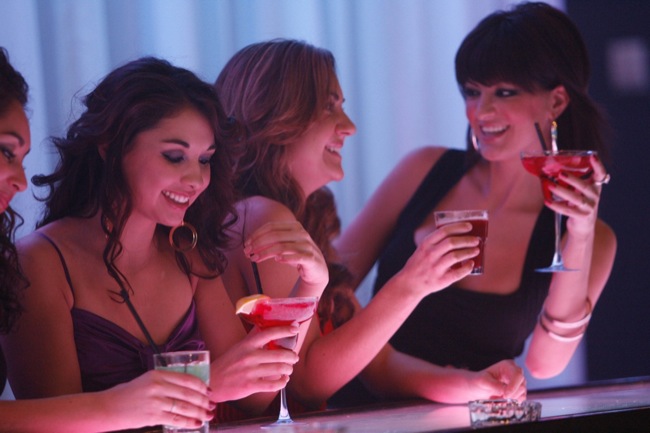 A man spots an attractive woman, follows her up an escalator and around a corner, threading through the holiday crowd at the Westfield mall. He’s rushing to catch up to her, a stride too fast to be a walk, not willing to commit to a run.

“Excuse me,” he says as he reaches her, tapping her arm. She stops. “I saw you walk past, and I had to tell you that you’re absolutely gorgeous.” She smiles, and in less than ten minutes he has her phone number and a possible date for later that weekend.

This man is Nick Hoss, and he just successfully direct opened during a day game session. Welcome to pickup bootcamp, day two. Nick is a Love Systems dating coach, and this past weekend he taught four men the ins and outs of talking to, picking up, and dating women.

Before I met Nick last Friday, I didn’t know what to expect. I had read The Game: Penetrating the Secret Society of Pickup Artists, the book that brought the pickup community to the public eye. I had seen The Pickup Artist on TV, laughed over the silly jargon and fuzzy hats that Mystery and his students used. I wondered: how would I be treated as I shadowed Nick and his students? Would they hit on me? More importantly: did I want them to?

Nick is not what you’d expect of someone from the PUA community. He’s a good-looking guy, about 6’5″ in his worn-in yellow Nikes, Diesel jeans and printed tee–attractive enough that you wonder how he ever had problems dating women. He seems to be genuinely nice, professional, and very invested in developing his personal brand. Perhaps he might namedrop his recent visit to the Playboy Mansion, but then again, what guy in his 20s wouldn’t?

His students weren’t here to learn how to bag strippers or Playboy models. They were good people, eager to learn some social intuition to the tune of $3,000 each. One man had married young and needed help getting back into the game after his divorce. Another man just wanted to gain the confidence to approach and talk to women. The other two men seemed successful in their professional lives, but one wanted to date outside his social circles and the other…well, the other guy wanted to touch my arm a lot, it seemed.

The PUA community has changed from what we still picture today. The Love Systems method doesn’t advocate negging or peacocking or learning magic tricks. Negging, Nick explained, comes from the belief that you have to knock women down from the pedestals they’ve been put on. The current method posits that the man brings just as much value to the table as the woman does.

Sure, there are still lines to memorize, to help the newbies ease themselves into starting successful conversations with women. But these are training wheels until the ability to approach becomes natural, just like much of the other Love Systems material.

Love Systems is an intentional overhaul of the previous game most pickup artists were playing. Love Systems’ beginnings came from the Mystery Method, a joint venture in 2004 between Mystery and Nick Savoy. Today, Love Systems tries very much to distance the company from its roots: the website refers briefly to the “[REDACTED] Method” (sic) and claims that The Mystery Method: How to Get Beautiful Women into Bed is outdated literature. Though some instructors still retain the pickup artist moniker (or sometimes just “PUA”), Nick prefers the less polarizing “dating coach.”

“We don’t teach guys how to pick up women so much as we teach them how to deal with their fear,” Nick said.

Much of that fear is approach anxiety, just gussying up enough courage to talk to a woman. The students practiced opening sets with women both during the day and at night, but most of the men found they preferred the low pressure of the day over the evening performance of nightclubs and bars.

In an afternoon in Union Square, women had their guard down. They were out shopping by themselves, not expecting to get hit on. The students were approaching positively beautiful women, so their “absolutely gorgeous” line wasn’t just a line–it was genuine. At least one man nabbed a number, and the others managed to strike up conversations.

It’s not the canned lines that give the guys their small successes. Ultimately, the Love Systems material outlines and charts social skills in a digestible way. Suddenly, there’s a model to getting a woman on a date: certain levels to achieve, hoops to jump through with her. These are skills that young girls absorb through reading magazines like Seventeen, that women often intuit naturally. Men, on the other hand, don’t usually get the “how to talk to girls” lesson. High school doesn’t offer a course in body language.

“Now what we’re teaching is better yourself, make lasting wholesome change,” Nick said. Building confidence is just as much a part of the method as social skills. Nick had the men practice telling stories that painted them in good light and encouraged them to think of what services or talents they can offer other people. This isn’t new or groundbreaking: people who are confident in themselves are more attractive people.

And it’s an important takeaway, even for the students who are successful in every other facet of their lives. During one night out at a club, I watched one student go from chatting with two attractive women to slumping down in the seat next to me, exhausted from the constant hunt for that one conversation that clicks. Rejection–especially constant rejection–takes its toll on any person’s psyche. When men are putting themselves out there to pursue women, it’s important to have that energy that self-confidence fuels.

I’ll admit now that I wish I had a more salacious story to tell. Imagine if the students had been a group of losers who constantly crashed and burned! Or what if Nick turned out to be a sleazy weirdo who wore polyester shirts? Oh, the story I could spin about a wild night out with a pair of blonde bimbos and a lucky student! But what happened was most decidedly normal. And I liked the guys in Nick’s bootcamp. (AS FRIENDS, c’mon.)

I learned that I wanted to see them all succeed, in whatever way they defined their own success. When one guy’s cheeks reddened as he walked away from a rejection, I suddenly understood both the shame and the strength in admitting you need help with women. I wasn’t tagging along to gawk and mock–I was here to see if Nick was legit, if Love Systems actually worked, if this was even part of my understanding of the PUA community.

I’m sure the ashes of the PUA community circa 2005 still exist. From my own experience of getting hit on at bars, I know their stale routines still exist. But Nick wasn’t card games and feather boas. The material he taught this weekend wasn’t any more manipulative or deceitful than the game of “hard to get” that many women already play. Believe me, I tried: I tried very hard to pin a finger on what I didn’t like, what rubbed me the wrong way, what felt rapey or misogynistic. It wasn’t there.

“It’s not ‘I teach you how to hookup with a girl in a bathroom to validate your ego,'” Nick said. “I help guys bring out their most attractive selves to meet the girls they want to meet.”