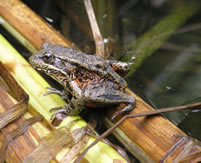 A proposal that could lead to the closure of Sharp Park Golf Course in Pacifica got initial approval today from the San Francisco Board of Supervisors, but a spokeswoman for Mayor Ed Lee said the mayor is considering vetoing the legislation.

The board voted 6-5 in favor of the ordinance, which calls on the city’s Recreation and Park Department to offer a long-term management agreement to the National Park Service that would likely involve the closure of the course.

The majority of the 417-acre Sharp Park, which is owned by the city of San Francisco, has served as an 18-hole public golf course since it opened in 1932.

But partnering with the National Park Service to include the land as part of the Golden Gate National Recreation Area would likely result in the closure of the course since federal officials have indicated they are not interested in managing a golf course.

Mayoral spokeswoman Christine Falvey said Lee is “very concerned” about the proposal and is considering vetoing the legislation after talking with other city and federal officials, including Congresswoman Jackie Speier, who is also against the plan.

However, Falvey said Lee “will reserve final judgment” until after the proposal receives final approval from the board next week since more changes could potentially be made to the legislation before then.

The board would need eight votes to overturn a mayoral veto.

Supervisor John Avalos, the author of the ordinance, said at today’s board meeting that the course has accumulated a deficit of about $1.2 million over the past five years and has also brought the city a federal lawsuit over the alleged harm caused by the course to two imperiled species in the area.

Avalos said amendments added to the proposal today would simply allow the city to enter discussions with the park service.

“It allows the option, not a mandate for a partnership,” he said.

But Supervisor Sean Elsbernd, an outspoken opponent of the legislation, said it is clear that “everybody that supports this legislation … their intent is to close the golf course.”

Environmental groups supporting the proposal have filed a lawsuit against San Francisco seeking to stop pumping and mowing activities at the course, saying they adversely affect the San Francisco garter snake, an endangered species, and the California red-legged frog, a threatened species.

Elsbernd noted after today’s vote that U.S. District Judge Susan Illston last week ruled against the groups, who had sought an injunction to stop the pumping and mowing activities prior to a trial set for July 2012.

Illston’s ruling cited data showing that the frog population has actually increased in the area in the past 20 years and that there has only been one confirmed snake death there in recent years.

Elsbernd said he also opposed the proposal because of the historical significance of the course, which was designed by Alister MacKenzie, who has also designed several world-famous courses, including Augusta National Golf Club in Georgia.

“It’s a wonderful recreational facility for thousands of San Franciscans,” he said.

Elsbernd said his opposition wasn’t because of a love for golf, either.

“I haven’t played for years,” he said. “I don’t have the patience.”