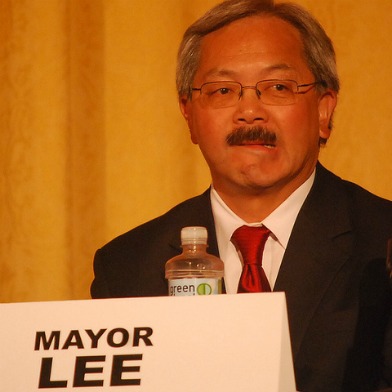 Yesterday we (and SFist, and the Ex and CBS5) reminded you that as of January 1, San Francisco’s minimum wage would be rising to $10.24, making it the highest in the country. But though you, as a loyal Appeal reader were now aware of this change to local policy, there’s someone who wasn’t — Mayor Ed Lee.

However, when KCBS asked Mayor Lee about this yesterday, he was way less clear on the concept than the rest of us.

As you can hear from the audio report, when the change to minimum wage was brought up, Lee asked reporter Mike Sugarman “It’s a few cents, right?”

When Sugarman told Lee that it was going up to $10.24, Lee said “Wow…I want to study all that impact first and see how people feel.”

“But the law’s going into effect!” Sugarman informed Lee.

“Ah, OK, I’ll have to pay attention to that.” Lee said in response.

In the release, Lee is quoted as saying “This wage increase will help the City’s lowest paid workers to keep pace with inflation and also protect consumer spending of San Francisco’s working families, which will be a boost to our local economic recovery efforts.”