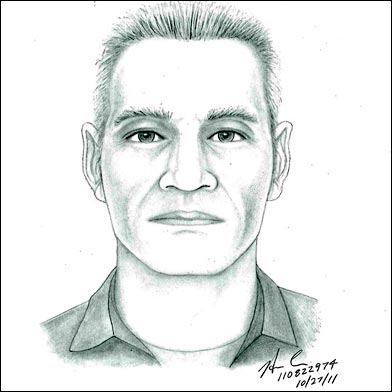 San Francisco police are asking for the public’s help in finding a man who has been pretending to be a bank manager in order to scam elderly women out of thousands of dollars.

The suspect, who has not been identified, has called the victims over the past three months and posed as a manager at a local bank or credit union, police said.

The scam artist told the victims, who range in age from 83 and 92, that he was investigating thefts by bank employees and convinced them that an illegal account had been set up with their account information, according to police.

The victims then withdrew cash and met up outside their bank with a man posing as an investigator, and handed him the cash, which he claimed was the bank or credit union’s, police said.

Police have released a sketch of the scam artist, who is described as a white man between 55 and 65 years old who weighs about 155 pounds. He was last seen wearing a black fleece jacket and black baseball cap.

Anyone with information about the suspect is encouraged to call the Police Department’s anonymous tip line at (415) 575-4444 or send a tip by text message to TIP411.