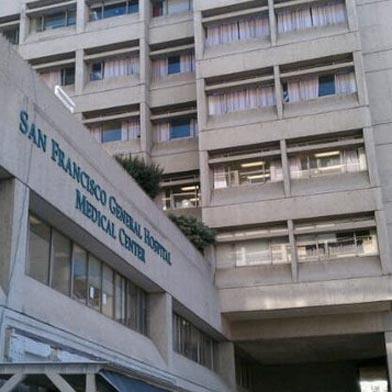 Five Bay Area hospitals were issued a total of $215,000 in penalties by the California Department of Public Health for noncompliance with policies and administrative errors that could have resulted in serious injury or death, the state agency announced Thursday.

Two of those hospitals–one in South San Francisco and another in Palo Alto–were fined $50,000 each for violations related to the administration of medications.

South San Francisco’s Kaiser Foundation Hospital was issued what is its first administrative penalty after the public health department determined the hospital failed to follow “its established policies and procedures for the safe and effective administration of medication.”

According to the CDPH, the hospital maintained dozens of medications at temperatures below those recommended by the Centers for Disease Control and the World Health Organization after a 2009 survey conducted by the health department found that medication refrigerators frequently chilled medications at freezing temperatures.

The CDC and WHO recommended that several medicines–including vaccines for Hepatitis B and pertussis–not be stored at such cold temperatures because exposure to freezing temperatures can result in irreversible losses of potency.

According to a statement of deficiencies issued to the hospital by the public health department, over a 32-month period between 2006 and 2009, approximately 4,900 patients received comprised vaccines used to prevent diphtheria, tetanus, pertussis, hepatitis and pneumonia.

According to the violation issued to the hospital, the error resulted in a newborn patient being administered higher-than-intended doses of the medication.

That patient experienced seizures after receiving the first dose of the too-potent medication and had to be treated with anticonvulsant drugs, even after discharge from the hospital, according to the CDPH.

“The failure of the facility to administer medication as ordered by the physician caused, or is likely to cause, serious injury or death to the patient,” the statement of deficiencies read.

SFGH was issued what is its second violation after a female patient was admitted for a complete mastectomy but instead received a partial mastectomy.

The public health department found that the surgeon failed to implement protocols and procedures and that “these failures resulted in (the patient) having the wrong surgical procedure,” according to the statement issued to the hospital.

UCSF Medical Center was fined after a surgeon erroneously made an incorrect incision on a patient. The surgery was supposed to be on the patient’s right eye, but instead the initial incision was made on the patient’s left eye, according to the public health department.

It was the sixth administrative penalty issued to UCSF Medical Center.

Sutter Solano Medical Center in Solano County was fined $50,000 for a 2009 violation that resulted in a sponge being left inside a woman who underwent a Cesarean section at the hospital.

Nine other hospitals outside of the Bay Area were also issued a total of $635,000 in penalties by the state for similar violations.

The penalties vary in amount depending on the number of previous offenses. For incidents that occurred in 2009 or later, a first violation carries a fine of $50,000, which increases to $75,000 for second violations and $100,000 for subsequent violations.

Violations that occurred before 2009 are not counted when determining a fine.