Ride Muni Or Caltrain For Free This New Year’s Eve 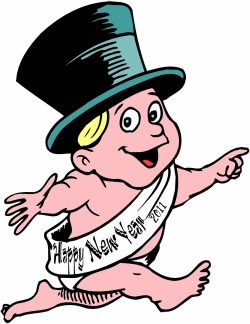 A few Bay Area public transit agencies are offering free rides on New Year’s Eve to encourage people to take trains or buses to get to festivities around the region.

Rides on San Francisco Municipal Railway, Caltrain and Santa Clara Valley Transportation Authority vehicles will all be free from the night of Dec. 31 to the early morning hours of Jan. 1.

Trips on Muni buses and light-rail vehicles will be complimentary from 8 p.m. on Dec. 31 to 6 a.m. on Jan. 1, agency officials announced Wednesday.

San Francisco’s waterfront is crowded each New Year’s Eve because of a city-sponsored fireworks show that starts at midnight on a barge off of The Embarcadero.

For people leaving the fireworks show or other festivities in the city, special Muni Metro service will run until 2:15 a.m. between Fourth and King streets and the West Portal Station, and until 4 a.m. between West Portal and the Embarcadero stations.

Caltrain is offering free rides after 11 p.m. on New Year’s Eve, and will run trains from San Francisco until 2:15 a.m. on Jan. 1.

Trips on BART will not be free, but the agency will provide additional service on New Year’s Eve, running trains until 3 a.m.