On the Road: Los Campesinos!, The War on Drugs, Zola Jesus and Others

Pruning next months’ concert calendar for the not-to-be-missed

Los Campesinos! emerged from a particular indie rock trend that crested about five years back: torrentially verbose, self-consciously clever lyrics, spunky guitar riffs you could both enjoy and take home to your parents, a female violinist and glockenspiel to spare. In two words: shamelessly twee. Remember those days?

When this wave of energetic and emotionally overshare-prone rock crashed – right about when Los Campesinos! debuted – the Welsh septet pretty much face-planted, as far as coolness was concerned.

Not that they care. With their last two albums, Romance is Boring and Hello Sadness (both of which were well-received), the band stuck out proudly from the synth-soaked, skuzzy hipster marsh like a ridiculous daffodil bouquet.

It’s blush-inducing, these days, to hear an opening couplet as unironically overwrought as “a wishbone hangs between your breasts/ I hope you haven’t pulled it yet” (“Hello Sadness“), let alone a doozy from the Hold on Now, Youngster days like “today we’re gonna smash this place up/ and deck it out in fairy lights till/ we are content” (“Don’t Tell Me to Do the Maths.”)

The embarrassment, however, is not a comment on the band’s songwriting abilities (the sentiments usually feel true, the conceits well-placed) as much as the modern listener’s sensibilities. In a time marked by a musical aesthetic of opacity, where emotion is not seen as valid unless sheathed in layers of sound or retromaniac recollection, music that wears its heart on its sleeve as bald-facedly as Los Campesinos!’ is downright scandalizing.

Once the current aesthetic recedes, I’ll wager, the ill-timed Hello Sadness will receive more of the cred it deserves. In the meantime, we can indulge in watching this boisterous twee gang continue to defy cool on the live stage. 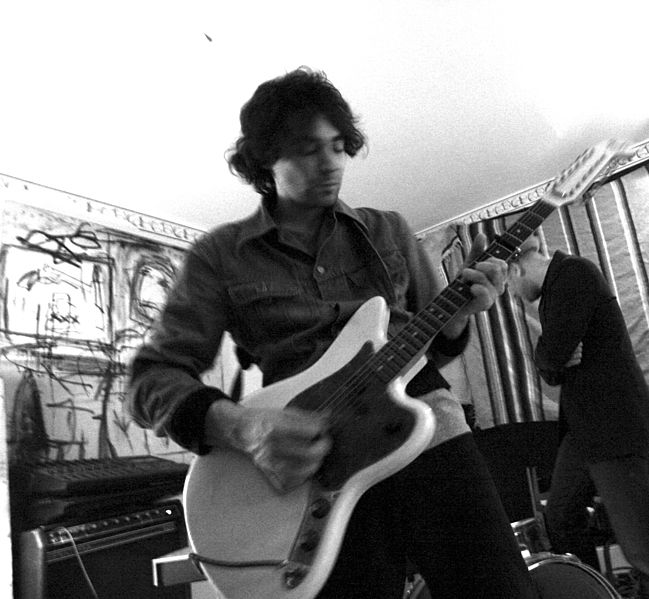 You’d be hard pressed to find a critical piece on this band that doesn’t compare them to at least one of three Americana deities: Dylan, Petty, Springsteen.

Beyond that, The War on Drugs’ channel of dialogue with the American rock of yore is less easy to pinpoint, though unmistakably present. One thing is sure, though: whatever it is, is the same thing that makes their 2011 Slave Ambient an absolutely ideal road trip soundtrack.

The songs hurtle forward with the unimpeded and thus calm velocity of a locomotive, or a car on an open highway; sometimes it takes them a few moments to reach sixty, but once there, they keep steady until the destination is imminent. In musical terms, the songs are distinguished by a chugging, immutable percussive backbone and no discernible difference between verses and choruses (“Come to the City,” “Baby Missiles“). Point A to point B.

That is, except for when the opposite is the case. True to its title, Slave Ambient is interspersed with droning reveries (“The Animator,” “Come for It”) and instrumental turns inward, such as the brilliant “City Reprise,” an extended, more lusciously textured meditation upon “Come to the City”‘s central hook.

The album’s more structured tracks often blend seamlessly into these ambient interludes, giving the marvelous sensation of a gravity switch having been flipped, and the earth dropping out beneath your vehicle.

As The War on Drugs’ songs tend to forego the usual verse-chorus dynamic, the relationship between these two types of moments – driven and meandering – is central to their work. This also means that Slave Ambient can only be properly understood as an album. This, perhaps, answers the question of how Slave Ambient might resemble a Darkness on the Edge of Town, as well as why it’s such a killer road trip companion.

Considering how expansive The War on Drugs’ sound is (the band employs echo and reverb enough to create a sense of vast space, but not so much as to become ungrounded), it is hard to imagine it within the confines of a concert venue. If they’re as good live as they are in the studio, though, the show should be perfectly transportive. The enclosure of The Independent will be no match.