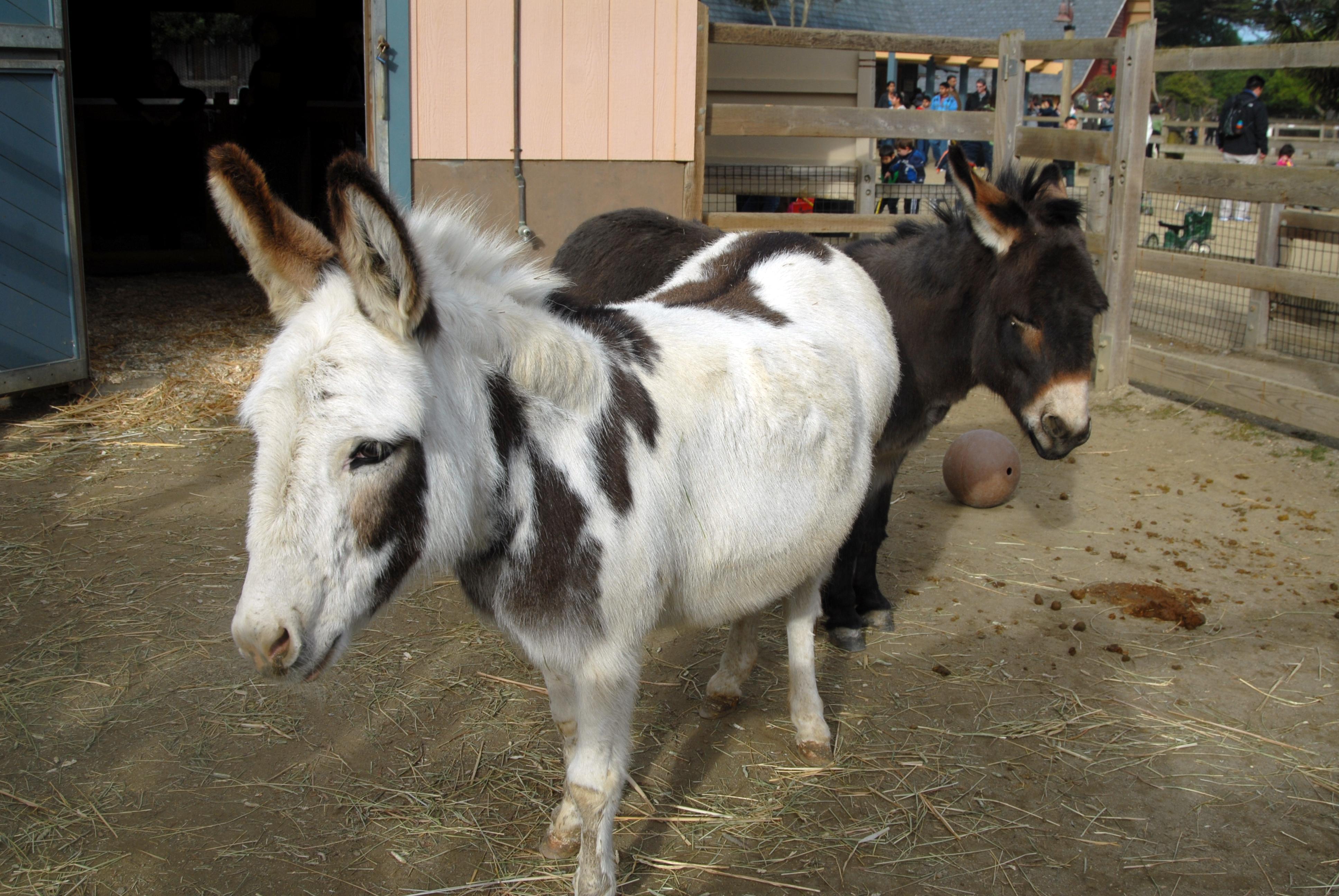 Two Sicilian donkeys are getting cozy after arriving at their new home at the San Francisco Zoo, zoo officials said Thursday.

The donkeys, named Pablo and Luna, are a gift from a private donor and are corralled together inside the Children’s Zoo, officials said.

Sicilian donkeys are also known as Mediterranean or miniature donkeys, based on their geographic origins from parts of North Africa and the islands of Sicily and Sardinia, off the west coast of Italy.

The miniature moniker comes from their average height of 32 to 34 inches. They can live between 25 and 35 years, zoo officials said.