How Many Dogs Are Too Many: Cap Increased In Proposed Professional Dog Walking Regulations (Poll) 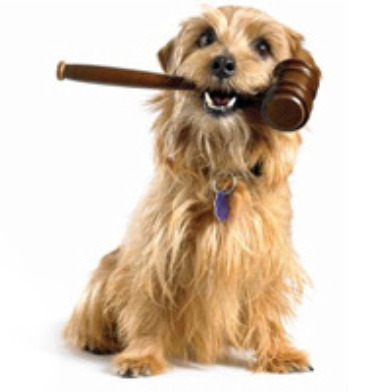 A proposed ordinance regulating San Francisco’s professional dog walkers got one step closer to reality yesterday, with some minor nips and tucks.

Back in October, Supervisor Scott Wiener introduced legislation requiring dog walkers to obtain a permit, pay an annual fee and walk no more than seven dogs at a time while using city property, among other regulations.

“Commercial dog walkers provide a critical service to the many San Franciscans with dogs,” Wiener said in a statement at the time. “This service must be carried out in a professional manner that respects city property and the other users of that property.”

Angela Gardener, of the San Francisco Professional Dogwalkers Association, said at the time, “For the many professional dog walkers who are well-trained, who know how to care for dogs, and who respect the city property they use, this legislation will legitimate them and will require dog walkers who lack training or skills to get training.”

Though the legislation had the approval not just of the SFPDA but was crafted with the input of several groups, including the SPCA, Neighborhood Parks Council, there was one sticking point — the number of dogs a walker could, uh, walk at one time. According to the Ex, “dog walkers…said the seven limit was too much of an economic hit.”

At yesterday’s Board of Supervisors’ Land Use and Economic Development Committee meeting, the number of dogs that can be walked at one time was raised to eight, nine if you count an amendment allowing a dog walker’s personal dog to join the gang.

A professional dog walker who spoke with the Chron agreed that though “she usually walks five to seven dogs at a time, she said an allowance for eight would be better.”

However, not everyone is completely comfortable with the figure of eight: Rebecca Katz, director of the city’s Animal Care and Control Department (which will be in charge of regulating the permits) told the Chron that “she was concerned that eight or nine dogs would be pushing the limit when it comes to a dog walker’s ability to properly manage the dogs and clean up after them, but said she would defer to the supervisors to make the final call.”

SFist raises another salient point, saying “We’re sure the SFPD is going to LOVE enforcing this one. Not.”

The Land Use and Economic Development Committee will vote on the amended legislation on Jan. 9, and, assuming it passes, it’ll head to the full Board of Supes after that.