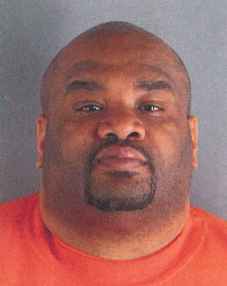 A former director of property management for the Tenderloin Housing Clinic in San Francisco pleaded guilty today to embezzling more than $30,000 from the nonprofit.

James Holland, 41, was accused of collecting about $15,000 in rent checks from tenants at the housing clinic and depositing them into his personal bank account, police and prosecutors said.

Holland also placed an ad on Craigslist and moved a new tenant into a unit without notifying other THC officials, then set up a post office box to collect a total of $18,000 in rent money paid for the unit.

The crimes took place over a 16-month stretch between June 2008 and September 2009, prosecutor Michael Sullivan said.

Holland was arrested in October and was charged with embezzlement, grand theft and 19 counts of forgery, one for each check he deposited in his own account.

He pleaded guilty today to all charges after agreeing to a deal with the court over the objection of prosecutors, who wanted a stiffer sentence.

Holland agreed to a deal for a two-year sentence, one of which will be served in county jail and the other served on probation. Sullivan had sought a three-year state prison term.

Judge Bruce Chan also ordered Holland to pay $33,000 in restitution to the Tenderloin Housing Clinic and issued a stay-away order from all 23 of its locations around the city.

Holland’s defense attorney Adam Lipson said outside of court that his client is “sorry” for the theft.

District attorney’s office spokeswoman Stephanie Ong Stillman said, “The Tenderloin Housing Clinic is a community institution that serves an area of the city that is often ignored.”

“We are pleased the organization will be getting back $33,000 in restitution and can put this whole incident behind them,” she said.

The sentencing in the case is scheduled for Dec. 28.