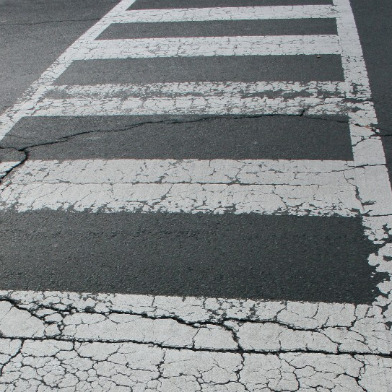 A man who was allegedly driving with a cast on his right foot was charged last week with misdemeanor vehicular manslaughter for fatally striking another man in San Francisco’s Castro District in September, prosecutors said today.

Gregg Wilcox, 60, pleaded not guilty to the charge last Friday and is out of custody on $10,000 bail, district attorney’s office spokesman Omid Talai said.

At about 10:40 a.m. on Sept. 6, Wilcox was traveling south in a Ford Explorer on Noe Street and as he made a left turn onto 14th Street, he struck a pedestrian walking in the crosswalk at the intersection, police and prosecutors said.

The pedestrian, William Cox, 59, was taken to San Francisco General Hospital where he later died from his injuries.

“This case is a perfect example of a tragedy that could have been avoided,” District Attorney George Gascon said in a statement. “I encourage all San Franciscans to exercise good judgment to help avoid these preventable fatalities.”

The case is one of four recent fatal crashes that Gascon mentioned at a news conference last month about the importance of traffic safety during the holiday season.

A misdemeanor vehicular manslaughter charge has also been filed in one of the other cases, which involved a man who allegedly ran a red light on his bicycle and fatally struck a pedestrian.

The bicyclist, 23-year-old Randolph Ang, pleaded not guilty to the charge last month.

One of the other two cases Gascon said his office is still considering charges for involves the driver of a San Francisco Municipal Railway bus who fatally struck a 23-year-old woman crossing the street at 18th and Hartford streets on Aug. 19.

The other case involves a University of California at San Francisco shuttle bus driver who allegedly ran a red light at Octavia Boulevard and Oak Street on July 14, causing a crash that killed a 52-year-old doctor on board.

Gascon said at last month’s news conference that all four deaths were “preventable.”
Wilcox is set to return to court on March 16 for a pre-trial conference and the trial is set to start April 13.