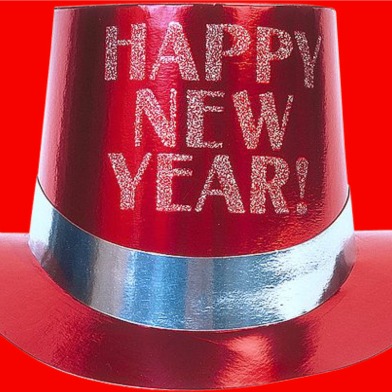 In honor of New Years, BART is staying open three hours later New Year’s Eve night and offering special service into downtown SF for their 8pm fireworks show. After the fireworks show, some trains will stop at either Embarcadero or Montgomery in an attempt to ease overcrowding. As BART says, trains will run at their normal intervals until 3am, then resume at 8am on New Year’s Day, when BART will operate on its Sunday schedule.

To make things less of a headache for you and your fellow riders, BART offers the usual suggestions of loading up your Clipper card and leaving your bike and pets at home. They also remind you not to eat or drink on BART. Really.

What: BART is extending their hours and providing extra services for New Years.
When: New Year’s Eve and New Year’s Day
Where: BART stations everywhere!
Cost: depends on how far you’re traveling.

The SFMTA is providing free Muni service on New Year’s Eve from 8pm to 6am for the twelfth consecutive year. Muni Metro service between West Portal and Embarcadero stations will also be extended to 4am and until 2:15am to 4th and King St. Extra Owl service will be provided for the 5 Fulton, 14 Mission, 22 Fillmore, 24 Divisidero, 38 Geary, 90 and 91 Owl, and the L and N Owl bus routes. Service on the F Market streetcar will also be provided by buses after 4pm.

Those attempting to get anywhere in the city on New Year’s Eve should expect delays near The Embarcadero from about 11pm to 1am, as people leave that fireworks demonstration we mentioned above.

Caltrain will also be offering free rides from 11pm to 2:15am, when its final train of the evening wil depart from the 4th and King St. Station.

What: Free Muni and Caltrain/Samtrans service on New Year’s Eve
When: Saturday, December 31st from 8pm-2am for Muni, with Caltrain and Samtrans service free from 11pm-2:15am.
Where: citywide
Cost: free!

Berg Injury Lawyers should get an award for the press release they sent with the tagline of: “Should Auld Acquaintance Get Too Drunk–Get a Safe Ride Home on New Year’s Eve” because that shit is entertaining. Even more entertaining is carting your drunk ass home, for free. Berg’s been in the safe and sober game for seven years, offering safe rides home to 6,546 inebriated souls in NorCal.

As always, rides will only be provided from a bar or restaurant to an individual’s residence; Berg Injury Lawyers isn’t out to help you bar-hop.

New Year’s Eve means celebration and if you’re looking for a classy one, head to Jardiniere’s for a prix fixe meal that’s sure to please. The menu includes local dungeness crab, California white seabass, Calvisius caviar, Magruder Ranch vitellone, and Meyer lemon mousse, along with wine pairings for each dish. The Terry Disley Experience will provide live music from 8pm-1am, with a champagne toast at midnight to break things up.

Want to ring in the new year with some laughs? Not Your Normal New Year’s Eve’s got you covered with six comics, a fabulous host, and even an indie chamber pop group. Hosted by Liz Grant, NYNNYE (or ninny) starts up at 7:30pm with live music from Foxtails Brigade and culminating in a balloon drop at 10pm, signifying midnight in Normal, IL.

DJ seriousleisure is laying down the beats for revelers at Edinburgh Castle Pub. With “Champagne, whisky, those noisy yazoo things..” and more, the only $10 event is sure to please dance enthusiasts and partiers alike. For more information, visit their website at www.castlenews.com or call (415) 885-4074

Ring in the New Year in a very special way with ABADA Capoeira’s first annual Brazilian New Year’s Eve Celebration, “Reveillon”. Featuring music by DJ Ille along with live performances by Dholrythms Bhangra and the ABADA-Capoeira Performance Troupe, the event mixes Brazilian house, samba, funk and fusion, with the unique dance fighting styles of capoeira. The party draws much inspiration by the festivities of Rio de Janeiro, adopting a “White Party” atmosphere, which means come in your best white gowns and tuxes.

Tickets range from $45 to $60 and include an all-you-can-eat Brazilian buffet, drinks, and a champagne toast at midnight. For more information, visit their website at abada.org.