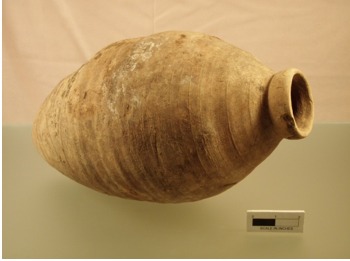 Back in January, the Ex brought us the news that “remnants of (a) boozy village” were found during construction of the Transbay Transit Center. Starting tomorrow, you can check those remnants out for yourself, at the Transbay Archeology Exhibit.

According to a press release sent by exhibit organizers, “this exhibit will feature a variety of items discovered within the footprint of the project site that illuminate the rich history of San Francisco’s gold rush era.”

“Recovered artifacts show the way residents of the South of Market neighborhood in the 19th century lived, worked and played, including industrial tools, household items and remnants of neighborhood businesses.”

Now, those recovered artifacts will go on display in the lobby of 201 Mission St. They’ll be making their debut this Friday, from 9am-5pm. Residents and tourists alike can get a peek into what it was like to live in SF back when it was just an up-and-coming city.

What: Transbay Archaeology Exhibit opening
When: Friday, December 2 from 9am-5pm
Where: The lobby in 201 Mission St.
Cost: free