Another Muni Rider Robbed Of Cellphone 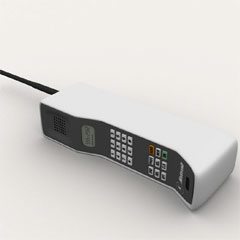 A man was robbed of his cellphone on a San Francisco Municipal Railway light-rail vehicle on Tuesday night, one day after three other Muni-related robberies were reported around the city, police said.

The latest robbery was reported at 8:38 p.m. Tuesday near the intersection of Third Street and Gilman Avenue.

The 39-year-old victim was on a T-Third train when a group of suspects approached, punched him in the face and took his phone, according to police.

The suspects fled but one of them, a 20-year-old man, was arrested. His name was not immediately released.

The other four suspects remain outstanding, and the phone has not been recovered.

The victim suffered bruises to his face but declined medical treatment, according to police.

The robbery comes after several robberies around the city on Monday.

Monday’s third robbery occurred at about 11 p.m. on the 23-Monterey line near the Glen Park BART station.

In a fourth incident Monday, a man on a 19-Polk bus in the Tenderloin was stabbed by a woman who borrowed his cellphone and refused to give it back. The man got his phone back but suffered life-threatening injuries in the stabbing, police said.

No arrests had been made in connection with any of the robberies or the stabbing as of Tuesday.

Anyone with information about any of the cases is asked to call the Police Department’s anonymous tip line at (415) 575-4444 or send a tip by text message to TIP411.