On Friday for the Veterans Day Holiday, Muni will operate on a regular weekday schedule.

Meters on Port of San Francisco property, including The Embarcadero and Fisherman’s Wharf, are enforced 7 days per week throughout the year. Hazards are always subject to citation and towing.

On Friday the annual Veterans Day Parade will take place on Market Street from Montgomery Street to Civic Center. Formation will begin at 8 a.m. on the south side parking lane and most northerly traffic lane only of Montgomery Street between Market and California streets. Two traffic lanes will be allowed until 10:45 a.m. when the parade
units will move into place.

At 11 a.m. the parade will proceed west on Market Street, west on McAllister Street, south on Dr. Carlton B. Goodlett Place and pass the reviewing stand. The parade will disband on Grove Street between Van Ness Avenue and Larkin Street.

Traffic on cross streets will be allowed and will be controlled by San Francisco police officers and Parking Control Officers. To avoid any related delays, motorists crossing Market Street may wish to use The Embarcadero or Van Ness Avenue, which will not be on the parade route.

On Saturday the Cal Bears will play a football game against Oregon State at AT&T Park. The game will begin at 3:30 p.m. and the doors will open at 1:30 p.m.

Muni customers may purchase their fare in advance at the following locations during the time specified: 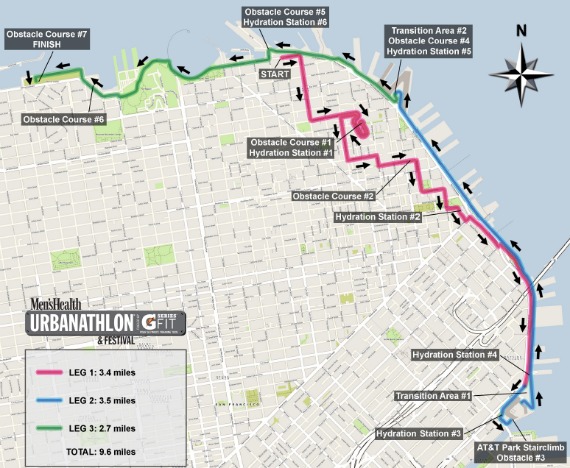 On Sunday the Urbanathlon 10K race will begin at 7 a.m. from Jefferson Street west of Mason Street and finish at the Marina Green.

Street closures will be required throughout the race area, only major closures are listed below.

Local business and residential access will be allowed with possible delays.

On Sunday the San Francisco 49ers will host their fifth home game of the regular season against the New York Giants starting at 1:15 p.m. at Candlestick Park.

Customers can load their cards online at clippercard.com (please allow at least five days for processing), or at one of the participating Clipper vendors or ticket vending machines in a Muni Metro station.

On Sunday Muni customers may purchase their fare in advance. SFMTA staff will sell Muni fares from 10:15 a.m. to 1:45 p.m. at the following locations: