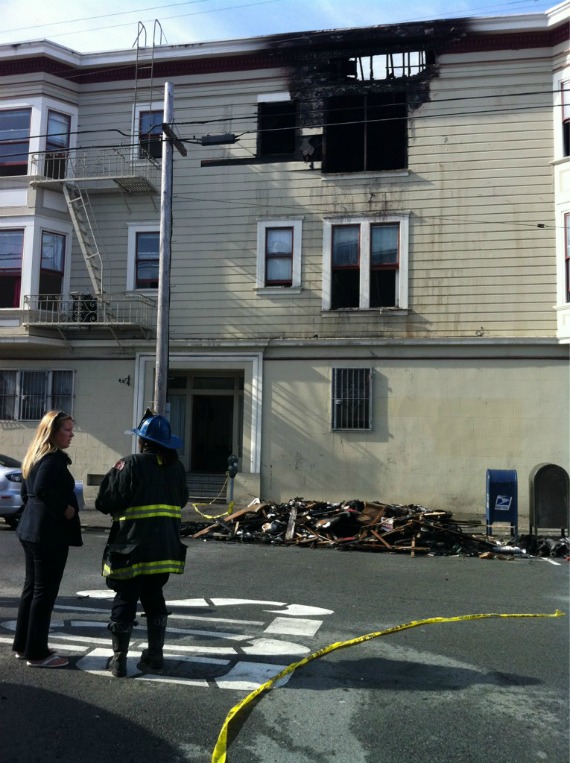 The fire department received reports of the blaze in the three-story building on the corner of 3rd Avenue and Clement Street moments before 8 a.m., Assistant Chief Mike Morris said.

The fire badly burned a third-floor apartment whose two inhabitants fled the unit this morning. Residents of four other units in the building also evacuated after a fire alarm sounded.

Both residents of the unit on fire suffered minor injuries such as smoke inhalation today, the assistant chief said.

When firefighters arrived on the scene, flames poured out of a third-story window facing Clement Street.

Firefighters attacked the blaze from below and from the building’s roof, ventilating the apparent unit to allow flames and smoke to rise out of the building without doing further damage.

The blaze appears to have been accidental and fire personnel are investigating the cause, he said.

Someone w/ Giorgio’s Pizzeria on Clement just gave some cheese slices to displaced residents, none of whom are willing to talk abt fire. #sfSun Nov 13 19:29:35 via Twitter for iPhone