On the Road: YACHT, tUnE-YarDs, Avey Tare and Others

YACHT did so much right with their 2009 release, See Mystery Lights. The duo swaddled their tight, infinitely danceable electropop jams in a singular but perfectly vague brand of mysticism and pro-life philosophizing, best exemplified by “Psychic City,” the lyrics to which are borrowed from a tape-recorded chant by poet Rich Jensen:

This allowed YACHT to assume their eccentric party band birthright: shows that were not just we’re-here-to-play-for-you sets, but wider-reaching performance spectacles. Cultish pamphlets would be handed out; frontman Jonah Bechtolt would dress in head-to-toe white, frontlady Claire Evans in black.

It was just them, a laptop and us. No pretensions of really making the music; they were there to revel in it with the audience. Their shtick included Google Earthing their Portland apartment so any audience member would know where to find them, should s/he want to, you know, hang out some time.

Those days appear to be gone. YACHT’s latest release, Shangri-La, veers off course in a number of ways. For one, the songs aren’t very good (“Dystopia” is the one noteworthy exception). The addition of a full band, besides robbing the act of its hugely endearing weirdo-duo factor, seems to have made YACHT less inventive in its songwriting. The new songs lack the kinky textures and ecstatic danceability facilely accomplished by their simpler electronic setup.

Most regrettable, though, is the fact that Shangri-La rehashes the campy-yet-intriguing philosophizing of See Mystery Lights with none of the subtlety. Songs like “Utopia,” “Dystopia” and “Paradise Engineering” indulge in what amounts to outright sermonizing. “Hello my children!,” greets Evans in “Paradise Engineering.”

“We will gaze upon the entire Universe!
The future exists first in our imagination
Then in our will
Then in reality

Lines like this serve as a reminder that the only real difference between this band and “mother monster” Lady Gaga may be a bigger stage.

That said, I wouldn’t turn down a chance to see Lady Gaga at The Independent. 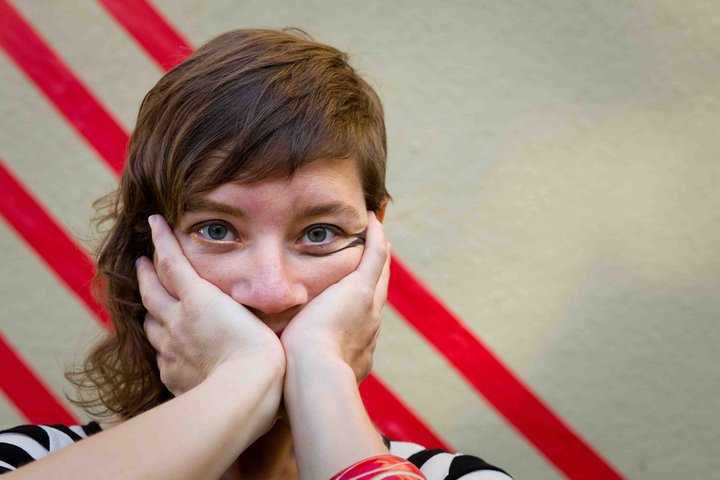 Don’t be put off by w h o k i l l‘s seemingly imperfectly manicured exterior. Though its crackles, fuzz and erratic vocal vacillations may produce an initial impression of unkemptness, closer inspection and receptivity reveal the work to be exceptionally taut, every sonic expression intentional, down to the last yodel and yell.

Words like “multifaceted” barely do justice to the diversity of sounds on the album. Über-talented frontwoman (and Oakland resident) Merill Garbus employs an abundance of styles, ranging from rock to funk to afrobeat, with jaw-dropping agility. The tracks typically cue jazzy bass and innovative percussion for backbone, then layer always-bold, often-bizarre vocal samples into the stratosphere, adding saxophone for body.

Rather than coalescing into a unitary, hybrid whole, w h o k i l l dispenses its eclectic styles to endow each song with a pronounced and individuated personality, sometimes a few. Album standout “Gangsta” swings between jubilance, fear and antagonism, ushering in the changes with schizophrenic interludes of mild spoken word samples, hacked up by heavy-metal guitar. “Powa” begins a tender ballad, sweetly sung over plucked ukulele, and winds up a bedpost-shaker that would do the likes of AC/DC proud.

Garbus deserves further credit for taking up the more unromantic and unpalatable facts of life that so often go unsung – for instance, privilege and social inequality (“My Country”), territorial threats (“Gangsta”) and body-image concerns (“Mirror, mirror on the wall/ Can you see my face at all?/ My man likes me from behind/ Tell the truth I never mind,” she sings in “Powa”).

tUnE-YarDs’ live show is already something of a phenomenon, and for good reason. Garbus’ vocal gymnastics are a thing to behold; the fact that she records and loops them on the spot is another. This, paired with her mightily uninhibited exuberance and her bandmates’ musical prowess, made for one of Outside Lands 2011’s most memorable performances. One of the Bay Area’s brightest musical talents (by some measures, the brightest), tUnE-YarDs are not to be missed.

The image of a crocodile head, apparently assembled out of glow-in-the-dark netting, grimly adorns the cover of Avey Tare’s Down There, his most recent work apart from Animal Collective. The croc is also one of Dave Portner’s (aka Avey Tare) two favorite animals, the other being the otter. Before rattling off metaphors about Down There‘s sounds being marshy, gurgling, dark, let’s take a minute to think about this swamp-dwelling creature, and what it means.

The otter and the crocodile both occupy a place between water and land; apart from that, they are opposites. The otter frolics in fresh, salty air; it embodies humanity’s better qualities – youth, playfulness, sociability. The crocodile is a lurker and a stalker, alternating between death-like stillness and murderous ferocity. A fascinatingly hideous prehistoric relic, it rules the earth’s most forbidding nooks and crannies – dark, humid, fetid lowlands where you’d probably feel itchy; where the chirps of insects and ribbits of toads articulate the anxiety attendant upon the croc’s silent threat. It’s down there.

As you may imagine, Down There is not a cheery record. It has none of the psychedelic warmth and kaleidoscopically refracted sunshine of Animal Collective’s Merriweather Post Pavilion. Anyone who has seen Animal Collective’s really-bad-trip experimental horror flick, Oddsac, though, knows that these dudes have a dark side – an abyss charted somewhere between B-movie horror camp and existential dread, from which even their brighter material draws creative inspiration.

Sporting song titles like “3 Umbrellas,” “Glass Bottom Boat” (I think we all know what is figuratively looming under there …), “Cemeteries” and “Heather in the Hospital,” Down There makes clear enough that it is a meditation on bad times. “[The record] primarily comes from being bummed out,” Portner has said in interviews. No kidding.

Sonically, the album is patently bold, delineating quite clearly Portner’s contributions to Animal Collective’s sound, as Noah Lennox’s (Panda Bear) solo work does his. Whereas Lennox dwells in a more expansive, droning, reverb-soaked and generally blissed out world, Portner’s interest is in sharper contours and more assertive textures – lots in the way of distorted vocals (“Oliver Twist”) and bouncing, gurgling electronics (“Ghost of Books”). At times, the record even approaches pop (“Lucky 1”).

Down There is a short album (35 minutes) and it accomplishes what it sets out to. Considering this humbleness and the work’s less-than-uplifting vibe, though, it doesn’t seem like the kind of album that one would take on tour. Indeed, around the time of the record’s release (about a year ago) Portner expressed that he didn’t intend to do so.

Herein lies a source of intrigue. Somehow, I don’t see Portner simply rehashing this odd and intricate bummer as-is. I would expect retooling of some sort, and given the well-demonstrated talent of the artist, this could result in an experience entirely independent of the recorded Down There we now know. Worth checking out? I think so.