On the Road: Tycho, Tennis, Baths, Jay-Z & Kanye West And Others 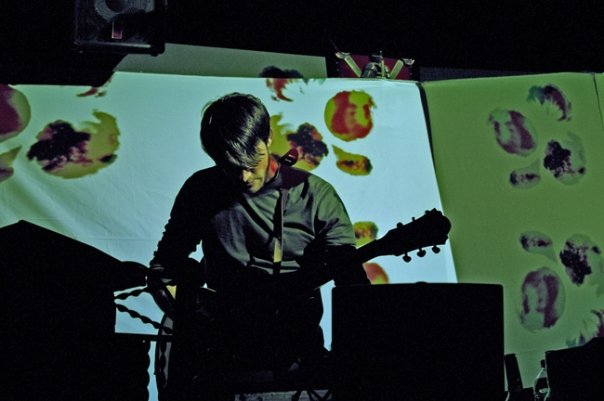 There’s at least one great pleasure in not knowing a language: the ability to listen to a conversation unfold without having to understand its words. Not having word meanings to deal with frees up the cognitive capacity to focus on other things, like rhythm, emotional movement, just how it sounds. Actually, the experience is rather musical.

It is in this sense that Tycho, San Franciscan Scott Hansen’s ambient electronic project, speaks without talking. The wordless tracks on upcoming release Dive ebb and flow in immediately meaningful rhythms, swelling with waterlogged electronics, full-bodied bass and whispering synths, below shimmering canopies of acoustic guitar.

On a textural level, Dive at times invites comparison with Neon Indian’s Era Extraña, the staticky, future-sick gulches of which continue to resonate within the indie music world. But where Era Extraña indulges in noisy, chaotic catharsis and gusting pop bliss, careening from verse to chorus and back, Dive demonstrates an almost monkish restraint. Each track’s sonic idea seems to play itself out naturally, with only the slightest nudges from the artist.

Of course, there’s definitely a mood that best suits Tycho’s work. When you’re seeking serenity, songs with titles like “A Walk,” “Daydream,” “Coastal Brake,” “Ascension” and “Adrift” are just what the doctor ordered.

That said, Dive triumphs by avoiding the obnoxious, inaccessible and flat-out boring approaches typically associated with “ambient” music – that stuff that challenges you to keep listening through its hyper-minimalist, marshy or subdued soundscapes. In spite of their titles, Dive‘s songs maintain neat and solid backbones of percussion and bass; at times they are even aggressive (“A Walk,”) at times perfectly danceable, in the Balearic vein (“Dive”). Even when they amount to a meditation upon a single, compelling melody (“Elegy,”) they do not fail to convey something immediately meaningful – to speak, unbeleaguered by clumsy words. 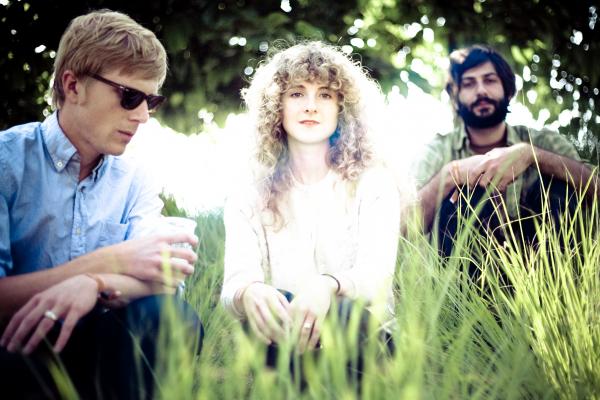 Sometimes we fall for bands because we want to be them. How far would the Rolling Stones’ music have taken them, without the larger-than-life personas supplied by Mick Jagger and Keith Richards? That question is impossible to answer, precisely because the idea of the band so fundamentally occupies our reception of their music.

(Sort of) similarly, Tennis would merely be another sha-la-la peddling indie couple with a pension for pop hooks, if it weren’t for a true-life back-story that daydreams are made of: one fine day, Denver married couple Alaina Moore and Patrick Riley up and quit their day jobs, sold their possessions, bought a sailboat and took it to the Atlantic seacoast, where they began a seven-month expedition, just the two of them and the salty air. Then they wrote an armful of enchantingly sunny, sixties-inspired pop ditties about the experiences that accompanied their fantastically romantic adventure. It’s called Cape Dory.

In actuality, the album is as much about the hard economic realities awaiting the duo on land as it is the thrill of momentarily escaping them (“Can we get a job?/ can we get a job?/ we need off this dock/ is that asking a lot?/ Now I’ve seen it all before/ when no one’s opened up their door/ how is one meant to survive/ when one is over-qualified?” sings Moore in “Baltimore”).

But that’s not why you’ll see them this December. You’ll see them, if you do, for the unassuming charm and, at times, immense catchiness in their body of work (“Cape Dory,” “Marathon”). More than that, though, you’ll see them for the fantasy they embody – that of buying a sail boat and leaving it all behind, without mind for what will happen upon return.

“It takes a lot of courage to go out there and radiate your essence,” says a sincere-sounding female voice, before being interrupted by whirling, chopped-up electronic cascades. It is one of many excerpts from what sound like personal development seminars that adorn the collage-like “Maximalist,” a dubiously jaunty track on Bath’s doggedly glum Cerulean.

As a matter of fact, “radiating one’s essence” seems a compelling description of Will Wiesenfeld’s work-to-date under the Baths moniker, Cerulean and Pop Music/ False B-Sides. Both albums feature a distinctively fragmented style – one that gives the feeling of mirroring a particular state of consciousness. They are well at home among a generation that knew the “copy & paste” computer function by the age of six (Wiesenfeld is twenty-two).

Lyrically, unlike Purity Ring’s oblique, Dada approach, Baths is inclined to wear his ♥ on his sleeve. The voice on both Cerulean and Pop Music/ False B-sides can only be described as completely pitiful, in a state of abject emotional wreckage having to do with, apparently, a lover. “I still smell you/ distance aside,” he sings in “Rain Smell.” “Love, this is a dark world/ and I’ve lost focus/ please tell me you need me,” from Cerulean standout “Plea.” Then, in “Pop Song,” “you don’t seem like you love me much/ but it do much to kiss my cuts/ you’ve men to do and worlds to see/ but for tonight you stay with me.”

Surely, it takes a lot of courage to go out there and radiate your essence.