On the Road: Starfucker, The Walkmen, Twin Sister and Others

Starfucker is, by all counts, a live band. The concert is the arena in which their direct-into-bloodstream dance medicine can best express its most valuable quality – namely, inducing you to have fun.

Cue up their most recent LP, Reptilians, at home, and the collection of ecstatic, synth-spun grooves will have you sock sliding in seconds flat. You’re supposed to take it to the next level: go to a show. There are two to choose from.

The band, keenly aware of their role (a group that elects the name “Starfucker” does not take itself too seriously – of that we can be pretty sure), has developed a reputation for good old-fashioned live spectacle: Chromeo-esque audience stoking, tossing instruments around, cross-dressing and the like.

Distractions like these are important for a band like Starfucker. Whittle the theatrics away, and you’ll find yourself with a fairly personality-less specimen of Flaming Lips-derived pop psychedelia, pumped to the bursting point with sugary electronica (“Born“), and readymade (though, admittedly, irresistible) beats (“Julius“).

Those looking for a juiced-up Oracular Spectacular may find a musical Mecca in Reptilians. For those of us who now place our serious listening elsewhere, however, the point in Starfucker lies squarely on the stage, where this handful of high-energy, perhaps transvestite guys can be relied upon to continue launching pop hooks and synth rockets like it’s 2008. 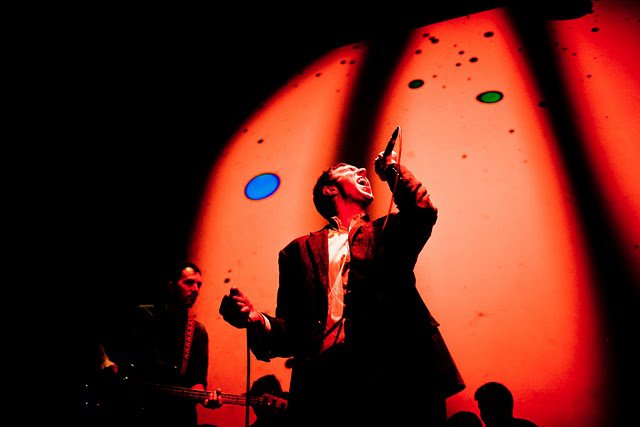 Well, it will be ten years since the release of Everyone Who Pretended to Like Me Is Gone this March, and, for whatever reason, this New York City band is celebrating its phenomenally prolific decade with three shows – one in Chicago and two in our very own city by the Bay. I think I speak for everyone when I say we’re honored.

Looking back, the title of The Walkmen‘s debut album could pretty well apply to just about everything they’ve done since. The five-piece ensemble has essentially made a career of exploring and expressing the doleful regret and raging bewilderment that accompany the early years of adulthood (irreplaceable frontman Hamilton Leithauser has himself made a career out of exploring the expressive possibilities of sounding hoarse and bedraggled; the two endeavors have become very much intertwined).

Their music has shown that the emotions of personal development do not sound like smooth synths, but rather like plinking piano, jangly guitar and sparse drumming. Except, of course, for those moments of truly manic desperation, like the one so perfectly expressed within “The Rat“‘s four-and-a-half minutes of frenzied percussion and strumming.

As NYC back-to-rock’n’roll contemporaries like The Strokes regressed, The Walkmen grew into a distinctive elegance that culminated with last year’s Lisbon. Augmenting the already mythic effortlessness with which they appear to operate, The Walkmen whipped out this album’s eleven tracks – which include the explosive “Angela Surf City” and the horn-ornamented “Stranded” – in a mere five days of recording.

And they’re planning to release another this summer.

In the meantime, “An Evening with the Walkmen” should make for an exquisite way to spend a brisk January night. 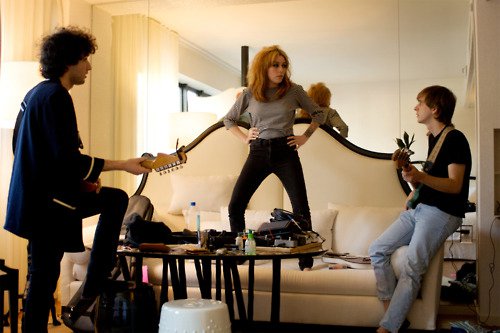 With their debut LP, In Heaven, this youthful, Long Island-raised quintet dishes out something for pretty much everyone – at least within the bedroom pop/retro funk-leaning indie community (you can set the sounds of Portishead and Tom Tom Club as boundaries, here; so, we’re talking a pretty large listener market).

The result is cashmere-comfortable pop, as tightly-structured as it is unassuming. The music never allows itself to get too heady (lest it come off as self-important?), even erring on the side of frailness (“Daniel,” “Luna’s Theme”). The music’s volumetric restraint generally works in its favor, though, allowing lyrics and textural nuances to show themselves without fear of being drowned out.

Singer Andrea Estella accounts for a substantial part of the band’s charm – and it’s not just her slight accent (which does definitely count for something in shaping Twin Sister‘s vaguely cosmopolitan sound). Though toeing twee at times, her vocals prove amazingly capable at conveying a sense of simple fun. And for added adorableness, here’s her real family apparently having a pretty great time at a barbecue, in the video for “Bad Street.”

While Twin Sister’s something-for-everyone accessibility may not get the dopamine pumping in the way more heavy-duty indie-pop acts can (frankly, most of us are probably looking for more of an everything-for-someone situation, that someone being oneself), they make a great sonic companion to curl up with on a lazy afternoon. For a night of respite in good, honest pop’s gentler lap, this is a show to see.