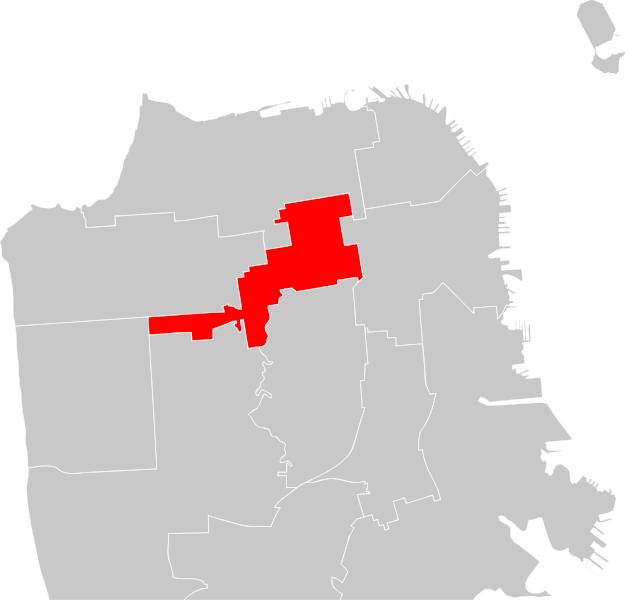 A seat on the San Francisco Board of Supervisors will be open in January now that Supervisor Ross Mirkarimi declared victory in the race for sheriff in Tuesday’s election, and Mayor Ed Lee said today he will be seeking a “unifying” figure to fill the position.

In the latest ranked-choice numbers from the election released by the Department of Elections today, Mirkarimi was beating sheriff’s Capt. Paul Miyamoto 53 percent to 47 percent.

Only about 12,000 votes are yet to be counted of a total of roughly 157,000 cast in the race, making him a virtual lock to become sheriff.

Mirkarimi said that judging by today’s vote tally, “we’re more than encouraged” to declare victory in the sheriff’s race.

Once Mirkarimi takes office in January, Lee will have the opportunity to fill the vacant seat on the board, but the mayor declined today to name any possible replacement picks, saying that he is a long way off from making that decision.

Speaking at a merchant walk in the city’s West Portal neighborhood this afternoon, Lee said, “I’ll be speaking to a lot of people before I make the decision … it’s got to be carefully thought out.”

The replacement would serve out the last year of Mirkarimi’s term, representing District 5, which includes the city’s Haight-Ashbury, Western Addition, Hayes Valley and Fillmore District neighborhoods.

Lee said he is seeking “somebody who can represent the district and also win too (in the November 2012 election), there has to be a balance there.”

Ultimately, Lee said he wants someone who will get along with the other members of the Board of Supervisors.

“I think the other colleagues at the board would like somebody that would be unifying, that’s always been my philosophy,” he said. “To get more unity on the board, that would be a good plus for me.”

Mirkarimi said after declaring victory today that he hopes his replacement builds on his work in reducing crime, saying that his district had the largest drop in violent crime in the city during his tenure on the board.

He said the next District 5 supervisor needs to be “well-rounded but clear on those positions that I think represent the district.”

The appointment will be the one with the highest-profile that Lee has made since naming Greg Suhr as police chief in April to replace George Gascon, who was appointed district attorney by former Mayor Gavin Newsom just before he left to become the state’s lieutenant governor and Lee was appointed as interim mayor.

Lee and Gascon both held onto their positions for four-year terms in Tuesday’s election.