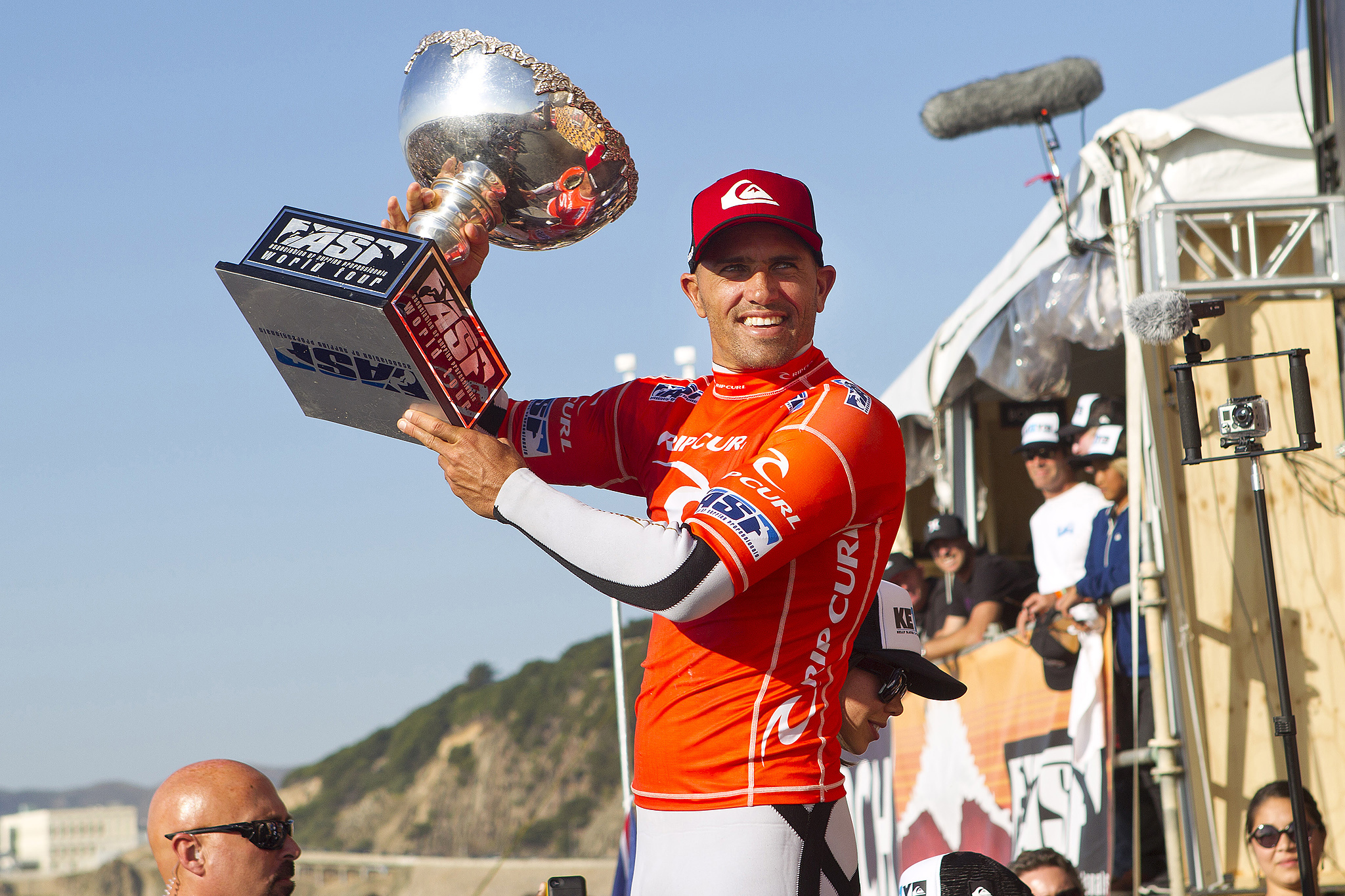 The win came exactly one year after the death of his friend and surfing rival Andy Irons, according to event organizers.

Slater’s win was the latest news from an already eventful two days of the surfing contest.
On Monday, 22-year-old surfer Dusty Payne exited the water during a first-round heat after saying he saw a shark in the waters off of Ocean Beach.

“I was sitting out there and saw something in the lineup,” Payne said in a statement. “I’ve seen dolphins before and that wasn’t a dolphin. That’s the biggest fin I’ve ever seen in my life and it came straight for me.”

The alleged shark sighting comes days after a 27-year-old man was bitten by a shark down the coast at Marina State Beach in Monterey County.

The man survived his injuries, which were lacerations to his hands, arms and neck.
The competition at Ocean Beach could continue on Thursday depending on the weather and surf conditions.

The event is being held on the northern end of the beach near stairways 18-20 and is being streamed online in a free webcast at www.live.ripcurl.com.