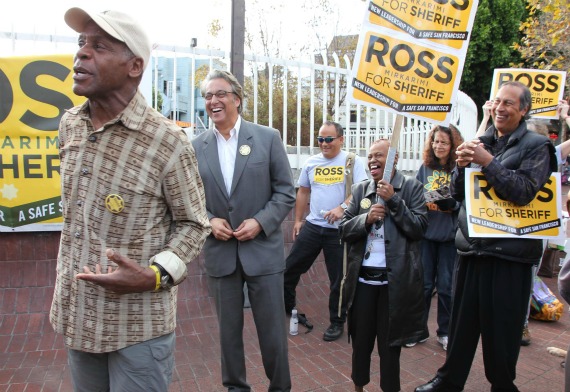 Sure, Ed Lee might have Brian Wilson and a host of tech moguls stumping for him, but so far only one SF candidate appears to have an endorsement from a guy who successfully fought fought the Predator AND the South African government. (On film.)

Yes, that’s SF native, D5 resident (that makes him an SF voter, unlike some celeb endorsers), and Predator 2 and Lethal Weapon franchise (among others) star Danny Glover in those photos getting the (final) word out for SF Sheriff’s candidate Ross Mirkarimi on Sunday.

Glover, who’s quoted in materials from the Mirkarimi campaign (which also sent us these photos) as saying that Mirkarimi has “got to be one of the hardest working elected officials I’ve ever seen,” joined the aspiring lawman for a rally at 24th and Mission Sunday.