Candidates Claim Credit for “Tens of Thousands of New Jobs,” While Official City Unemployment Only Dips by 900 (Jobs) 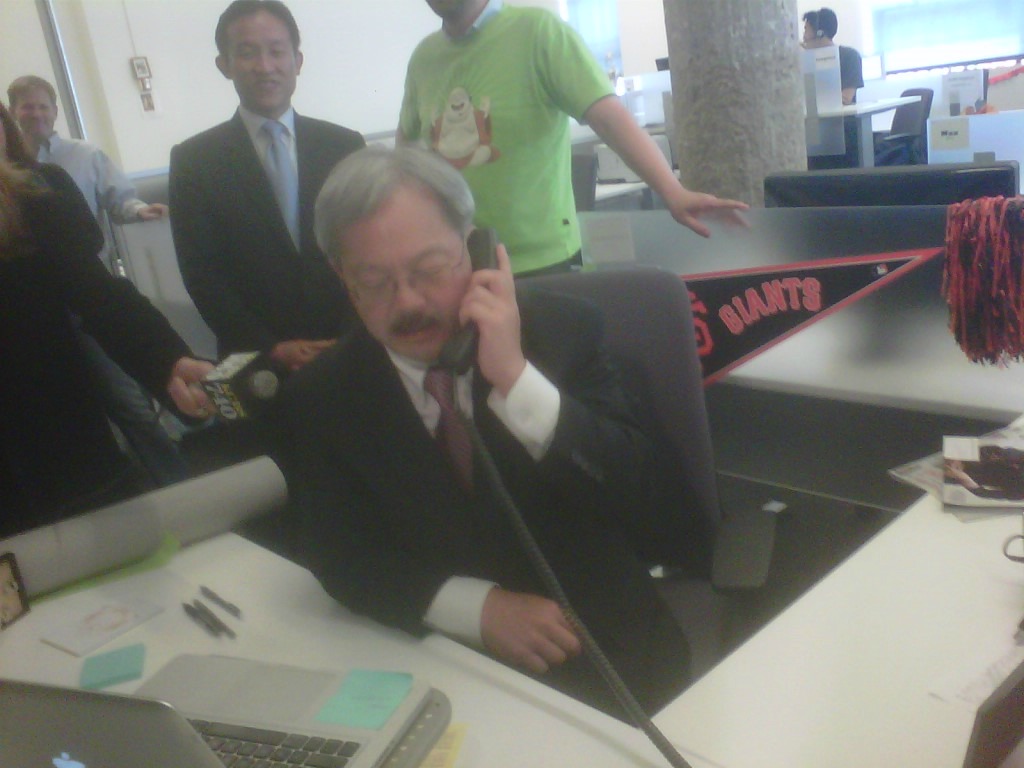 Ah, job creation. It’s the stuff political careers are made of — or at least the stuff with which political mailers are replete. “Tens of thousands of new jobs, over $1 billion in economic activity, and a new vibant waterfront gives our City’s economy a big lift,” shouts a pull-quote on the cover of a recent mailer for David Chiu. And neither Mayor Ed Lee nor his backers can mention the economy without championing Twitter and the tech industry, for which, along with job creation, Lee has been “terrific,” according to Ron Conway, the moneyed Republican who bankrolled the “2 Legit 2 Quit” video.

But how many jobs has Lee or any other politician created, really? Hard — if not impossible — to actually say.

The city’s employment picture is rosier than it was a year ago, though not substantially so. The city’s unemployment rate stands at 8.8 percent, with 40,200 San Franciscans without jobs, according to a city Controller’s report released Thursday.

In February, by comparison, there were 41,300 unemployed people in San Francisco.

The “tens of thousands” of jobs mentioned by Chiu have yet to arrive: those are the construction, hospitality and other trades required during the America’s Cup, which will also generate the “$1 billion” of economic activity, according to the Bay Area Council, which is a sort of super-Chamber of Commerce. Both Chiu and Lee are big fans of the America’s Cup and supported it all the way, but does “supporting” something that’s yet to come really count as creating jobs?

We asked the official campaign for Mayor Ed Lee how it computes its job creation claims, but sadly did not receive a response to our e-mail. Calls to what was a week ago the campaign spokesman’s cell phone reveal that number to have been changed. Likewise, a spokesman for the Bay Area Council was not immediately available to say how a local politician can create jobs; we’ll update back as soon as we hear anything.

We cornered Chiu this week to ask him about jobs. “I know for a fact that there are $100 million worth of investments now focused on the Mid-Market/Tenderloin area that were not present before we passed that legislation,” he said. “That is significant, and that is quantifiable.”

The SFMade program was also championed by Chiu — but local jobs are, of course, an indicator of the global economy as much as anything else. To say that a local mayor is responsible for the job market’s hemorrhage in 2008-2009 — when the local unemployment rate surged to double-digits — is ludicrous.

That means it’s also a stretch for mayors to claim credit for a region-wide recovery. A report out this week pointed that the technology sector added 26,200 workers thus far in 2011, almost two-thirds of all jobs created in the Bay Area this year. The strengthening tech-sector is championed by Mayor Ed Lee, who cannot mention jobs without mentioning Twitter, which was famously enticed to remain in San Francisco with a tax break earlier this year (one originally proposed by former Mayor Gavin Newsom).

That said, it appears tech workers are the best kinds of workers, at least for a local economy. An economist with the Bay Area Council told the San Jose Mercury News this week that tech workers are “more likely to buy a home, make home improvements or go to the spa.” Trickle-down economics, indeed.