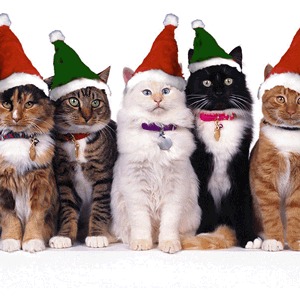 How much is that doggie in Macy’s window?

Puppies and kittens up for adoption this holiday season will be on display in San Francisco’s Union Square in the Macy’s store’s holiday windows, which will be unveiled this evening.

The display is organized by Macy’s and the San Francisco Society for the Prevention of Cruelty to Animals.

The animals will be available for adoption from today through New Year’s Day, according to the SF SPCA.

Adoption prices vary depending on an animal’s age and size. Kittens can be adopted for $100, and a second kitten may be adopted for free within 30 days of the first adoption.

Prospective adopters can set their own price for adopting adult cats, with a minimum of $20, SF SPCA spokeswoman Krista Maloney said.

The SPCA brings some animals over from the shelter in the morning and about six to 12 animals are on display at any given time. The pets are rotated through the windows depending on how well they get along with one another, Maloney said.

Last year, about 300 animals showcased in the windows were adopted and more than $70,000 in donations were raised for the San Francisco SPCA.

“We’re hoping to do even better this year,” Maloney said.

Elementary-aged students from San Francisco’s De Marillac Academy will be present at the window unveiling at 5 p.m. today.

De Marillac Academy is a private school in the Tenderloin that offers tuition-free education to children from low-income households.