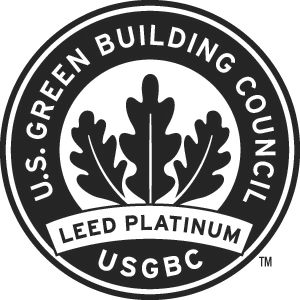 The U.S. Green Building Council and Melanie Nutter, director of the Department of the Environment and for the city and county of San Francisco, presented the certification to the Transamerica Pyramid’s LEED team.

The council originally awarded the building the LEED Gold status in 2009. Since receiving the Gold status, the Transamerica Pyramid LEED team has greatly increased the building’s efficiency and decreased waste produced in the building.

These efforts have earned the building a higher LEED score, allowing the building to attain the highest level of certification by the U.S. Green Building Council, the LEED Platinum award.

Among the most impressive accomplishments is the creation of an onsite cogeneration plant that produces an average of 70 percent of the building’s electricity and 100 percent of heating and domestic hot water needs, Nancy Green at Shennum Inc. for the Transamerica Pyramid Center said.

The Transamerica Pyramid is also one of the first buildings to comply with the Existing Commercial Buildings Energy Performance Ordinance signed into action in February by San Francisco Mayor Ed Lee. This ordinance requires nonresidential buildings 10,000 square feet and larger to undergo an energy efficiency audit and report on annual energy use.