Tenant Troubles: My Landlord Forged Documents To Get Me Evicted 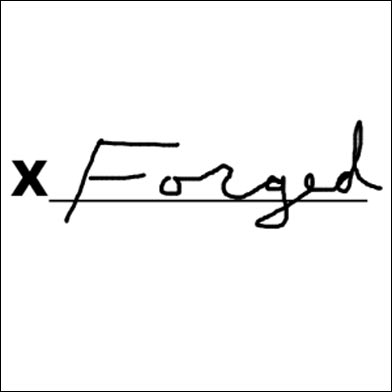 I feel I did everything legally and now I’m being evicted. I’m being wrongfully evicted because I withheld one month’s rent.

I wrote letter after letter to the manager and owner complaining about water coming through my apartment windows. I moved in June of 2010 so I didn’t have any problems until the rainy season. The first time it started to rain, I realized I had a real problem with 3 out of 4 windows. I had to use big towels to stop it from running down on the floor. So the first thing I did was call the manager. He said he would talk to the owner and get back to me. That was in November of 2010.

At that point I decided to go downtown to the city of Oakland and file a complaint against the owner. When I was filing my complaint, they informed me that the tenant prior to me in the same apartment made the same complaints. So I waited a few weeks for the city to come and inspect my place, but instead a sheriff came and left an eviction paper on my door.

It wasn’t a summons, it was an eviction notice stating that I would be removed. I question the legal aid person I went to see why wasn’t I being able to see the judge to explain my default. She told me don’t worry about that at this time the thing I need to do was file for a stay so I did and it was granted.

I found out that the owner forged the manager’s name as the person who served me the summons. The manager called the owner in front of me and confronted the owner. The owner admitted he did do this and told the manager if he didn’t lie he would be fire him. The manager said he rather be fired. He said he would help me in anyway because the owner withheld the summons because he didn’t want to go to court. I have all my documents and pictures along with several witnesses that can validate what happened.

This owner forged the manager’s name on three documents, the 3-day notice, the 30-day notice and the summons from the court. He never served me with the summons and complaint so that I would default and I wouldn’t have the right to answer in court. I believe I have an eviction on my credit report now. This can’t be right.

It isn’t right. You did do everything legally. Had the landlord served you with a summons and complaint for an unlawful detainer action, it seems like you could have successfully defended the case. But as I’ve said over and over again, it’s better to be a plaintiff in a lawsuit than a defendant.

Oakland has a Rent Adjustment Board. You could have filed a petition for decrease in services at the Rent Board instead of withholding rent. Oakland Residential Rent Adjustment Program §8.22.070(F) defines decreased housing services:

That’s all water under the bridge. Your landlord is a scumbag. I’m not trying to shift the blame to you.

Your landlord pulled one of the oldest, dirtiest tricks in the landlord playbook. We in the business call it “sewer service.” The landlord filed the complaint and instead of serving you, he flushed it down the toilet. I’m not as familiar with the Oakland courts. In San Francisco the court sends a letter to tenants informing them that an unlawful detainer has been filed. That way one can immediately go to the court to look at the file and, if necessary, file an answer without service.

You need to find an East Bay organization who will write (and hopefully argue) a “motion to vacate default and default judgement” for you. This is a motion that essentially asks the court to reinstate the case. The court makes its decision based on two things.

Of course you have easy “yes” answers to both questions. You couldn’t answer if you were not served and you have a defense because the landlord failed to fix the windows, breaching the implied warranty of habitability in you lease. The statute that outline this defense is California Code of Civil Procedure §1174.2.

You mentioned that you are working with a legal aid person. Perhaps she is already working on a motion for you, but you should understand that the stay of execution (in UD a court order telling the sheriff to wait to evict a tenant) only gives you the time to file a motion. A stay does not end the matter.

You should get in touch with the East Bay Community Law Center. You can also call John F. Kennedy College of Law, (510) 647-2067, to see if you qualify for representation by their Housing Advocacy Clinic.

Tenants: I’ve already mentioned that it’s a bad idea to withhold your rent without legal advice to do so. This reader’s letter also illustrates that it is important to get your local code enforcement agency to issue a notice of violation for a substantial breach of the warranty of habitability. Civil Code §1941.1 provides a long list of possible violations. If a landlord has a violation he’s more likely to repair the defect. If he does not repair it, you have good evidence to bring to a rent board or a court.

If a landlord refuses to repair, get a code enforcement inspection quickly. Don’t wait! If you are unsure about who to call check out the Crow & Rose list of tenant resources.