On the Road: Holy Ghost!, Austra, Wu Lyf, Cults and Others

Holy Ghost! would appear to possess all of the requisite components for taking the indie world by storm and decimating in the festival circuit, a la Cut Copy: the unmitigated danceability, the copious 80s electro-pop throwbacks (all the bouncing, fading synths and now-campy keyboard noises of Pet Shop Boys and early Depeche Mode, in a single track!) – hell, they even have an exclamation point in their name.

And yet, there’s something decidedly missing – something that robs the immediately pleasurable hooks in “Wait and See,” “Say My Name” and “Some Children” (perhaps the self titled debut’s best track) of staying power.

1) Holy Ghost! avoids extremes, vocally (Alex Frankel hardly ever cracks his mild cool) and musically. For the future, they would do well to ditch the height-restrictions and whatever other zoning limits they seem to have self-imposed on their soundscape.

The band has a ways to go before approaching the emotional acuity and compositional skill of an LCD Soundsystem, Hot Chip or Hercules and Love Affair. Seeing as Holy Ghost! has toured and/or played back-to-back with all of these bands in the past year, though, I’d like to think they’ve learned a thing or two. I would expect a live show ranging from decent-to-redeeming. With cultivation, they’ll be leveling festivals some day too. 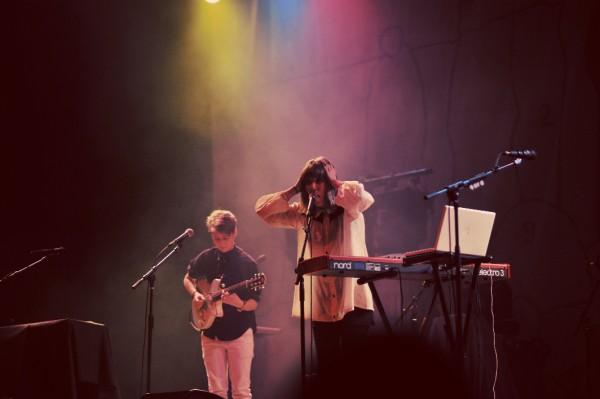 The word “dark” pervades Austra’s Feel It Break in all its grammatical forms. “Shoot into the darkness with your hands,” operatic frontwoman Katie Stelmanis sings in the album opener, “Darken Her Horse,” a track that, up until the two minute mark, could be a cut from The Knife’s Silent Shout.

However, the depths of Austra’s favored word are often belied by the sounds it is laid over. The songs never descend too far into despair before a ray of sunshine (synthshine?) breaks through, usually in the form of a major chord or the introduction of a simple, up-tempo drum part.

As a result, the insistence on the word dark comes to feel above all like a stylistic maneuver – an unnecessary reminder that we are, at least superficially, in the nighttime world built by bands like The Knife and early Kate Bush.

For an actual plunge into darkness, I would direct you to Austra’s still gothier contemporary, Zola Jesus.

If you like opera-trained vocals – trembling, prolonged vowels in particular – hovering above intricate, raised-from-the-dead (this, as opposed to “animated”) synth work, then Feel It Break will do wonders for your playlist. Single “Beat and the Pulse” is a particularly good example of atmosphere building, well equipped with beauty and haunt. Unfortunately, the album peaks there.

That said, I wouldn’t dismiss the chance to see Austra perform. It’s clear that Stelmanis is an uncommonly gifted singer, and the immediate acoustics of her vocal work could restore just the emotive force and animation that the recorded work lacks. 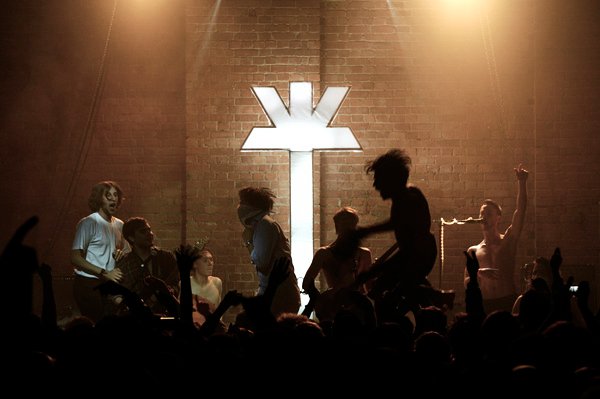 These English rockers (and representatives of the eponymous Lucifer Youth Foundation) seemed to emerge virtually out of thin air – higher beings sent to inject the indie music community with one of the year’s strangest, most unapologetically different sounds.

Ellery Roberts’ canine bark is undoubtedly the lynchpin of Wu Lyf‘s aesthetic; the songs orient themselves about that. Instead of verses and choruses in the usual sense, Wu Lyf delivers verbal and percussive torrents that, guided by meandering guitar and occasional organ work, resolve into a chant or anthemic outburst.

Beneath the surface texture of grit, anger or animalistic machismo (song titles like “Spitting Blood” do little to erode this façade) lies a deeply felt tenderness – a spirit of brotherhood not often found in North America’s dreamy gloss-pop of the sort discussed above.

“Nah we were born as animals/ born as animals and we bros/ But you/ put suits on animals/ you try to put suits on animals but we bros,” Roberts sings in “We Bros.” “So to the girls and boys calling out wolf noise/ one day you’ll find a home/ And if the world unites/ sets the mounatin alight/ then outside your house will become your home” – from album closer “Heavy Pop.” It’s a profound yearning, and a fundamentally social one.

Wu Lyf’s recorded work is further distinctive in the sense of spaciousness it exudes. Go Tell Fire to the Mountain resists the draw toward studio compression; as a result, observations like “that guitar sounds behind the drum” abound. It will certainly be interesting, and there is a distinct chance that it will be astounding, to see how Wu Lyf occupy the live stage.

Cults (10/14 at Lower Sproul Plaza, UC Berkeley · Free!)
Much has been made of this twee, teeny 60s-pop act. While I think their work leaves a lot to be desired (unless you really, really like xylophone), a free show is a damned good reason to spend an afternoon in Berkeley (the show is at noon). The charm in songs like “Abducted” and “You Know What I Mean” is hard to deny.

Pictureplane (10/21 at The Mezzanine · Tickets)
One of many bands purveying 90s House-inspired, sampled-to-oblivion basement jams, Pictureplane manages to separate itself from the rest with transcendent gems like “Goth Star.”

The Lemonheads (10/30 at The Independent · Tickets)
These recently reunited college rock greats (how’s that for a dated term) are set to play their acclaimed 1992 album It’s a Shame About Ray in its entirety. If we’re lucky, they’ll throw in their awesome cover of “Mrs. Robinson,” too.