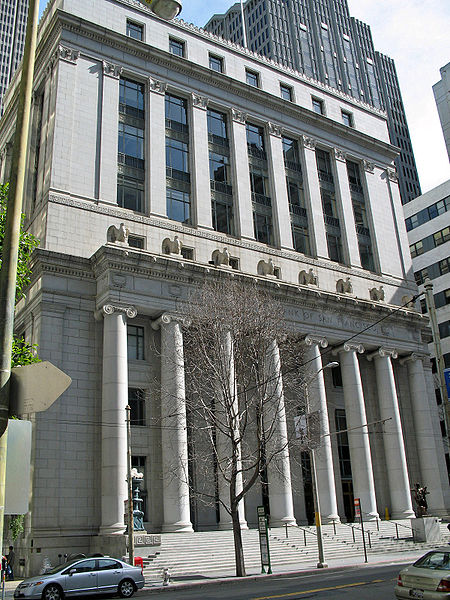 Protesters have been occupying the area in front of the U.S. Federal Reserve building at 101 Market St. for over a week to protest the growing disparity of wealth in the country, and had not had any major conflicts with police.

That changed when police issued written notices to Occupy San Francisco protesters at around 9 p.m. Wednesday, informing demonstrators that the continued encampment was in violation of several city ordinances, including open flames on a city street or sidewalk, lacking a permit for temporary occupancy of the street or sidewalk, and serving food without a permit.

“They were making a decision in the heat of the moment,” Pippin said.

As police were preparing to forcibly take down the encampment, city Supervisor John Avalos arrived on the scene to attempt to mediate between police and protesters.

“I observed and negotiated with police in good faith to keep the peace and allow the encampment to remain, only to hear of a crackdown shortly after I left,” Avalos said in a statement today.

Around 1 a.m. this morning, police loaded tents, stoves and other gear onto Department of Public Works trucks to remove them from the area. Some protesters tried to stop the trucks, some lying in the streets to prevent the trucks from leaving, while others aggressively confronted the police.

Pippin said that police surrounded the demonstrators as the trucks carrying their equipment backed away.

At some point during the confrontation, Kevin Hernandez, 24 26, was arrested, according to Officer Albie Esparza. Hernandez was arrested on suspicion of assaulting an officer, threatening an officer and resisting arrest, Esparza said.

Esparza said that police encourage the right to assemble and freedom of speech, but that the continued encampment in front of the Federal Reserve is illegal because protesters had not obtained proper permits.

“It was becoming a hazard,” Esparza said. “If they obtain the proper permits it would not be an issue.”

Some demonstrators took to the streets in response, marching against the police removal of the encampment. Others remained behind to hold onto the area in front of the Federal Reserve building.

San Francisco Mayor Ed Lee addressed the police response in a statement today, and expressed sympathy with the demonstration’s ideas, and said he would work closely with police to make sure that the demonstrators’ freedom of speech is respected while keeping streets safe.

“While allowing for peaceful protests, we also must ensure that our streets and sidewalks remain safe and accessible for everyone,” Lee said.

Avalos, however, was critical of the police response in his statement, encouraging police to allow the encampment to continue. “This is not the San Francisco I know,” Avalos said. “I stand with Occupy SF.”

Protesters, however, were unsure today whether they would continue their encampment in its current location or attempt to set it up somewhere else. They moved most of their equipment to nearby Justin Herman Plaza as of 2 p.m. today, but had not yet set up camp.

Meanwhile, Federal Reserve police put up barricades surrounding the building, but were attempting to negotiate with demonstrators and asked the protesters to establish a liaison for communicating with police.

Elsewhere in San Francisco, Occupy San Francisco, along with Occupy Wall Street and similar protests throughout the nation, were supported by a rally near the U.S. Court of Appeals at 95 Seventh St. at 3 p.m. today.

The rally was organized by Code Pink and was attended by World Can’t Wait, Global Exchange, Veterans for Peace, Raging Grannies, and other local political groups.

“This isn’t just another rally, this is the beginning,” said Code Pink activist Janet Weil. “The thing that has lifted our sails has been the Occupy Our City movement.”

While the next move for protesters and for city officials responding to the protest remains uncertain, the demonstration has been steadily gaining momentum since its start in September. The demonstrations against joblessness and the widening gap between rich and poor seem unlikely to end soon, as protests in multiple cities are making headlines throughout the nation.