North Beach Tired of Tour Buses, May Be Added To 52-Item List Of SF Streets That Prohibit Them 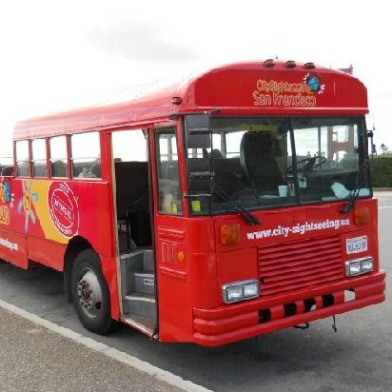 If there’s one thing all SFians hate, it’s excessively large tour buses um, touring their beautiful city. As the Ex reports, many North Beach residents are tired of the brightly-colored eyesores crowding their streets and have pushed the SFMTA to ban any commercial vehicle that carries more than nine people (including the driver) from traveling down certain streets in North Beach.

According to the SFMTA proposal (you can read the whole thing here), the plan is to amend “Division II of the San Francisco Transportation Code by amending Section 503 to codify street restrictions approved by the San Francisco Municipal Transportation Agency (SFMTA) Board of Directors at its June 7, 2011 meeting, restricting commercial vehicles with a capacity of nine or more passengers (including the driver) from operating on Mason, Powell and Stockton streets between Lombard and Francisco streets, and on Lombard, Chestnut and Francisco streets between Mason and Stockton streets.”

If this plan is approved, those streets will be added to a lengthy list (you can see all 52 areas beginning on page four of this PDF) of tour-bus-free areas including 6th Avenue between Lincoln Way and Kirkham Street, Bay Street between Baker and Lyon Streets, and the “area bounded by Chestnut Street to Baker Street, to Marina Boulevard to Laguna Street, to Bay Street, to Franklin Street and returning to Chestnut Street, and including the boundary streets of the area.”

The SFMTA board of directors votes tomorrow on the ban, at their regular meeting at 1 PM in City Hall.