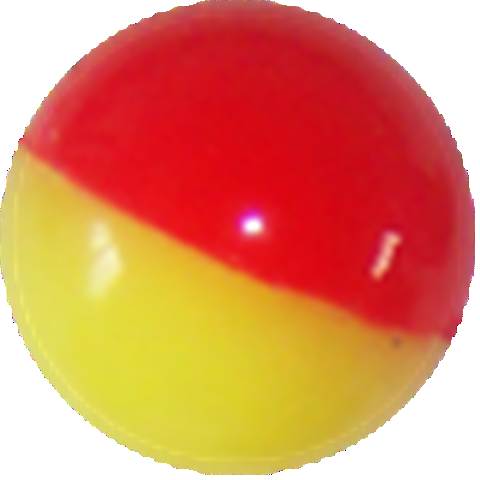 As much as I (and I’m not alone) hate it when people say something’s “Only in SF,” I think I might have muttered that when I read this Mission Mission post on “hipster bouncy ball fun” turned near-riot that attracted scores of SFPD officers to 24th and Alabama. “This can’t be for real” I thought, but the jokes on me, as an SFPD spokesperson has confirmed to the Appeal that, yes, what started as a wacky party turned into a “melee” that brought officers from multiple stations to the scene.

According to SFPD spokesperson Officer Albie Esparza, who to his credit confirmed my questions about this incident as professionally and seriously as he does those of far more significant crimes, SFPD received calls reporting a “melee” at the 2900 block of 24th Street at 1:15 AM on October 23rd.

Callers reported “150 subjects in a physical and verbal fight in street,” says Esparza. When “multiple officers” from both the Bayview and Mission stations arrived at the scene, they discovered that there was indeed a crowd on the street, “due to an over-capacity party.”

According to Mission Mission tipster CT:

There was a private party at La Victoria [That’s La Victoria Bakery, located at 2937 24th — EB] last night. The owner of La Vic is out of town in Mexico, and one of his employees chose to throw a party. 150-200 people on the street at 2am yelling, and being incredibly loud. No regard for neighbors sleeping. Nobody gives a fuck. Stupid DJ inside La Vic spinning stupid music.

According to Esparza, police decided to the party should be “dispersed to prevent physical and verbal fights.”

That’s where it got “only in SFish” (maybe?), for as CT tells MM, before the police arrived “some genius” had “whip(ed) out a bag of plastic bouncy balls and they start throwing hundreds of balls, yelling and having stupid hipster bouncy ball fun, waking up the neighbors, and trampling this little garden. People are like, ‘Weee! A mob with bouncy balls, this is so fun to do!'”

Esparza confirms that when police arrived, the bouncy balls were still in play, and that when SFPD attempted to detain one party goer who, after the order to disperse was given, still attempted to “push his way back into the premises…the crowd turned on police and turned hostile, with people from the crowd throwing plastic balls and bottles at the police.”

Or, from CT’s (ironically intended) point of view “People are screaming that some injustice is occurring, because they should be allowed to assemble in mobs in the middle of the night and trash gardens and cars with their bouncy balls whenever they want to.”

In the latter case, says Esparza, both the officer and suspect “sustained injuries during the use of force,” specifically when the arrestee was brought to the pavement.

“And after all that,” CT tells MM, “nobody cleans up the poor, sad little garden.”