Have You Seen This Man? Reward Offered For PetSmart Shooting And Robbery 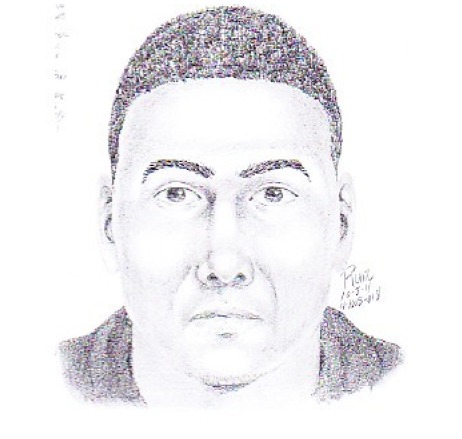 PetSmart has offered a $5,000 reward for information leading to the arrest of a man who shot and injured a clerk in a robbery at its San Mateo store over the weekend.

Officers responded to reports of an armed robbery at the PetSmart store at 3520 S. El Camino Real shortly after 8 p.m. on Saturday, according to the San Mateo Police Department.

Police said a lone suspect armed with a handgun entered the business and approached one of the sales clerks. He demanded cash and then fired several shots at the clerk and fled the store, police said.

The clerk, a 34-year-old San Mateo man, suffered a gunshot wound and was taken to a hospital. His injuries were not life-threatening, police said.

Responding officers searched the area afterward but did not find the gunman.

Police have released a sketch of the suspect, who is described as a black man between 30 and 35 years old, around 5 feet 9 inches tall, and weighing about 180 pounds. He was wearing a black cap and a black sweatshirt at the time of the robbery.

Investigators believe the crime is similar to robberies in other Bay Area cities and are following up on leads that might connect the gunman to other crimes.

Anyone with information about the suspect or the crime is urged to contact the San Mateo Police Department investigations bureau at (650) 522-7650 or the police hotline at (650) 522-7676. Information can also be sent anonymously via text message to (650) 262-3473, or via email at Sanmateo@tipnow.org.