On the Road: Lykke Li and Feist, Plus Some Hardly Strictly Bluegrass Picks

Within a span of five days this November, San Francisco will receive two of the indie music world’s dearest singer-songwriters – Lykke Li and Feist. While their past work invites comparison (the nimble lyricism, the grippingly pretty vocals), or at least draws from the same audience pool, their respective new releases find the artists dramatically apart. The voices in Lykke Li’s Wounded Rhymes and Feist’s Metals do not merely diverge; they clash and repel. We are fortunate enough to expect two very different, very intriguing live shows this time around.

In shocking (and entirely welcome) contrast to her too-cute debut, Wounded Rhymes finds the 24-year-old Lykke Li reeling in the throes of young adult life. Finding her sea legs somewhere between self-pity, despair and fierce angst (we’ve all been there, haven’t we?), the Swedish singer owns her emotions with honesty and without apology, unafraid to venture into the profane. She revels in her depression, and demands the listener do so, too.

Amidst the tribal percussion on “Get Some,” she brandishes her sexuality as a threat. “Like a shotgun needs an outcome/ I’m your prostitute; you gon’ get some,” she assures. Then, in “Sadness is a Blessing,” she decides to make love to her depression instead: “Sadness is a blessing/ sadness is a pearl/ sadness is my boyfriend/ oh sadness I’m your girl.” Thus the album alternately brandishes the defense mechanisms of wounded soul, and sinks into vulnerability.

On the written page, the sentiment in “Sadness is a Blessing” appears not unlike the one a younger Lykke Li expresses in Youth Novels’ “Let It Fall”: “In weakest moments I weep/ ’cause I like the way tears fit my cheek/ in darkest moments I cry/ oh, how I love the way tears soothe my face.”

However, when the deep, smoky voice on “Sadness is a Blessing” falters in its projected jubilance and gives way to weariness at the end of lines, the difference in a few years becomes monumental. The precious, squeaky-clean chirping on “Let It Fall” is rendered infantile by comparison. The title of Wounded Rhymes‘ first track, “Youth Knows No Pain,” may help to explain this disconnect.

In interviews, Lykke Li curses a lot. She also projects an almost cartoonish melancholy (“I’m really depressing. Some people watch comedy to relax. I watch 21 Grams.”) She may be a tad self-absorbed, too ([in an ideal world] “I would want to create an amphitheater outside of California where I would play everyday, and then people would have to come to me”). In short, she seems to still have some growing up to do. We can only hope that her future efforts continue to delve into that process as compellingly has Wounded Rhymes has.

For now, it’s definitely worth seeing Lykke Li and all her big, billowing and utterly irresistible sadness while she still has the energy to take it on the road. Not that we Californians would complain about this lovably moody Swede setting up camp in our backyard. 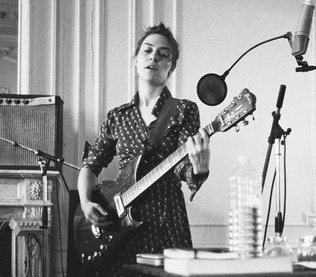 Leslie Feist‘s voice is much too beautiful for this world. While this is, in and of itself, reason to listen to her – especially if you’re looking to curl up in your desk chair and let music lull you into a sublime state of immobility – it can also be a detractor. For all their beauty, and perhaps as a result of it, Feist’s vocals lack personality – unless you count “angelic” as personality.

This is not an automatic strike against. If personality doesn’t come through the voice alone, a good musician should be able to convey it in the music itself, and in the lyrics.

Feist certainly achieved this feat on her enormously acclaimed last effort, The Reminder. Here, dead serious tracks like “The Limit to Your Love” were deeply affecting, but the best songs were the ones in which Feist sounded like she was having fun – for example “I Feel It All,” “Sea Lion Woman,” and, of course, “One Two Three Four.” On these, Feist loosened her jazz/blues-inspired vocal showmanship and indulged her poppier side. The result was, lo and behold, songs brimming with personality.

Four years later, Metals finds the artist having settled into maturity with inspiring grace. The album is moving. Almost every track achieves a gorgeous, subdued beauty that can hang with any of the folk greats – Leonard Cohen, Wilco, you name it (“The Circle Married the Line”, “Bittersweet Melodies,” “Get it Wrong, Get it Right”.) Feist apparently took inspiration from Big Sur, and the majestic serenity of the locale shows.

Unfortunately, much of the fun is gone. As a result, in many circumstances Metals risks becoming white noise (the album’s first two tracks, “The Bad in Each Other” and “Graveyard,” are probably the biggest exceptions and from there the cliff is pretty steep).

That said, making the effort to actively engage with this album pays off tremendously, and I have no doubt this will be true of Feist’s live show as well. Plus, there’s the added bonus of (probably) getting to hear “One Two Three Four” in antidote to the new stuff’s seriousness.

From our coastal, fanatically progressive position, it’s easy to dismiss the music of Southern Americana – either as a quaintly antiquated flavor, hermetically sealed within the old folk confines of fiddling and finger-picking, or, in the case of mainstream “country,” as the monster of a deplorable corporate behemoth.

The Hardly Strictly Bluegrass Festival is here to undercut our prejudices by revealing just how broad the influence of Southern Americana is, and how deeply it has infiltrated the indie music we cherish. It’s always an eclectic mix and an enlightening experience. Here are a few interesting choices from this year’s lineup: 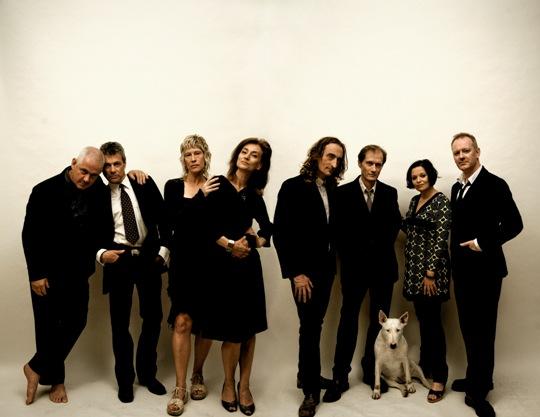 Mekons (9/30, 2:10 pm) – Spawned from the British first-wave punk movement along with bands like Gang of Four, these rockers gradually came to incorporate British as well as American folk styles. The twang and the fiddle is there, if you care to look. They’ve been as prolific as they have been consistently good. Here’s a track from their 1994 album, Retreat From Memphis, “Never Work.” 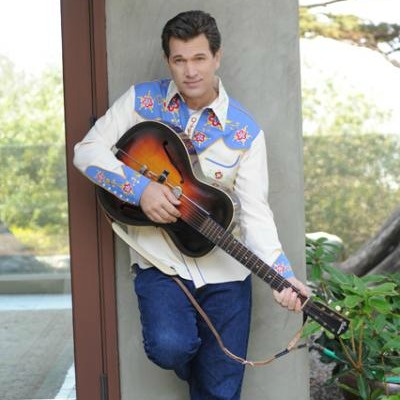 Chris Isaak (9/30, 4:30 pm) – When the swoon-inducing croon of Roy Orbison reawakened in this rockabilly latecomer, the avant-garde filmmaking circle embraced him wholeheartedly. Isaak’s music has played a crucial part in David Lynch’s Blue Velvet (“Gone Ridin'”, “Livin’ for Your Lover”) and Wild at Heart (“Wicked Game”), and he even played a supporting role in the infamously terrible Twin Peaks: Fire Walk with Me. Then “Baby Did a Bad Bad Thing” appeared in Stanley Kubrick’s Eyes Wide Shut. Of course, the song is perhaps just as dutifully supported by its crazy sexy music video. 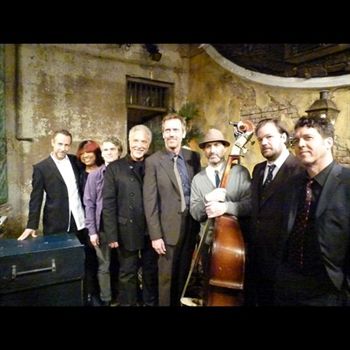 Hugh Laurie (10/1, 1:20 pm) – Yes, that Hugh Laurie. Not only has this thoroughly British actor mastered the American accent well enough to become the highest paid actor in a US TV drama, he apparently considers his other calling to be New Orleans-style blues. He’s even got an album out called Let Them Talk, and he apparently won the GQ Award for “Music Man of the Year” for it. Assuming – correctly – that this venture demands some explanation, he has provided just that. It’s as long as it is amusing. This is what Hugh Laurie sounds like, singing blues: “Let Them Talk.” 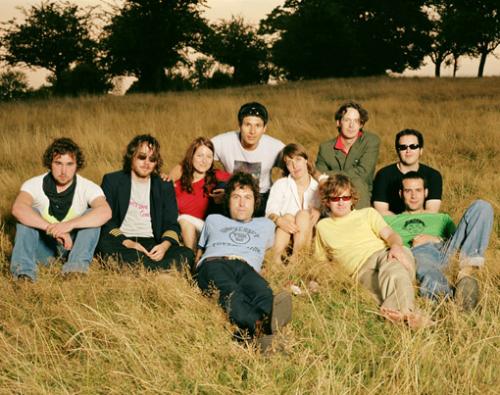 Broken Social Scene (10/1, 3:25 pm) – To see this Canadian indie supergroup, in which Feist has played a fairly central part, you usually have to pay considerably more. Listen to “World Sick” from their 2010 LP, Forgiveness Rock Record, and “Anthems for a Seventeen-Year-Old Girl” from the classic You Forgot it in People. 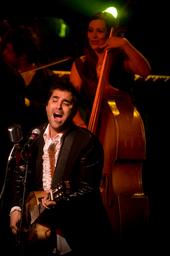 DeVotchKa (10/2, 3:05) – While this Denver-based ensemble draws its sound, as far as I can tell, from about as far away from the American South as you can get – namely, Eastern Europe – any folk-inspired genre cross-pollinator is most definitely welcome at HSB. Listen to “How It Ends.”