On the Road: CANT, Wild Beasts, EMA and Others 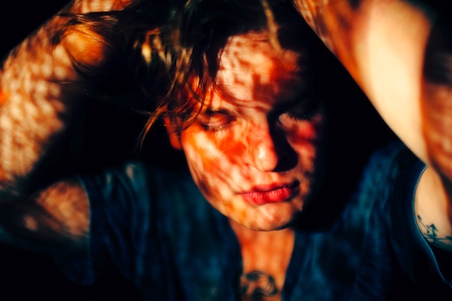 When members of famous bands sojourn into solo work, there’s a tendency to see their “side project” as a pressure valve – a place for the overflowingly creative mind in question to spill the excess ideas that maybe wouldn’t fly with his/her other bandmates. The solo material, then, evades the system of checks and balances that the band arrangement enforces; it goes unfiltered. That’s why it’s usually worse.

At least this was my fear when I heard that Chris Taylor of Grizzly Bear was going solo under the moniker CANT. Having now heard his debut album, Dreams Come True (streaming in its entirety here), I see that there was never any cause for concern.

Taylor is more than just a bandmate. Widely acknowledged within the industry as one of the most talented up-and-comers around, Taylor not only supplies bass and vocals for Grizzly Bear but also produces their albums, as well as other heavy hitting bands’ like Twin Shadow and the Dirty Projectors.

Dreams Come True vividly betrays the influence Taylor has had on the music he produces. The crunchy, metallic bass line in “Believe” could be right out of Twin Shadow’s Forget (actually, George Lewis Jr. – a.k.a. Twin Shadow – collaborated with Taylor on Dreams Come True, so it’s not really clear who’s what is where here), and the clean reverb and quiet/loud dynamics of “Bang” are very much Grizzly Bear.

At the same time, tracks like “The Edge” – a tender funk and soft-rock standout, and one of the best-textured songs I have heard in some time – exude a style all their own. The album also assumes a distinctive commitment to experimentation in texture, percussion and tempo that would do elders like Radiohead or Arthur Russell proud (“Answer,” “Dreams Come True”).

Dreams Come True doesn’t grab the listener by the collar in quite the same way that Forget or Veckatimest do, largely because it remains so unwaveringly cool and collected. Emotions are there; they just aren’t necessarily accentuated in the way we’re used to. If you give it your full attention, though, it rewards hugely.

It seems that, tour-wise, CANT’s setup is Taylor plus a man on synth plus a drummer. Simple as this arrangement sounds, I expect them to produce a fascinating performance.

Wild Beasts is a band that you’re gonna dig or you’re gonna hate. Given a broad swath of the listening population, my guess is that a considerable majority would fall into the latter camp, even in the more open-minded indie circles.

Much of this can be attributed to Hayden Thorpe’s distinctive, trembling falsetto. The choirboy operatics come off as, well, a bit much, flying well above the pared-down male standard, and his sultry coos can be downright discomforting (listen to Smother track “Deeper” and you’ll understand why).

This British art-rock quartet’s literate lyricism is a divisive component as well. Some will welcome verses like “Our love, Frankenstein in nature and design/ Like the Shelleys on their very first time/ When our bodies become electrified/ Together we bring this creature to life” (from “Bed Of Nails”), others will roll their eyes.

Stated another way: Wild Beasts are some of the most daring, uncompromising and self-assured rockers out there. They do justice to the Fauve painters from whom they borrow their name.

Their lean tracks leave Thorpe’s silken vocals stark and denuded, the songs as aesthetically concerned as they are intent on honest expression. Their unsettling quality is a measure of their success in this regard.

Certainly not everybody’s cup of tea, but I would wager that those who attend this show will not be disappointed.

*Note: Wild Beasts will also perform at the Treasure Island Music Festival on 10/16

As the world of independent music becomes increasingly Brooklyn-centric, we see a regrettable consolidation of voices – an aesthetic narrowing about the trends that this cultural capital dictates. It’s not a new phenomenon; cultural centers have long dictated what gets talked about. Nor is the stuff coming out of the New York metropolitan area at all lousy (look at Chris Taylor). Still, the lack of diversity can be disheartening.

EMA is easily one of the loudest examples from the past year of an artist managing to break the mold and assert a unique voice – namely, that of a Midwestern transplant to Los Angeles who really hated it there (“Fuck California/ you made me boring,” she rants in “California”).

Past Life Martyred Saints didn’t have a months-long hype campaign preparing the indie palette for its release. It just came, and by force of its own pissed off, straight-talking individuality it made a splash.

Echoey and lo-fi, the album’s sounds range from distortion-heavy shoegaze to acoustic guitar to the folk keys of EMA’s (Erika M. Anderson) ancestral Nordic lands. Front and center throughout is Anderson’s voice, which moves at a moment’s notice from raw, deadpan masculinity to a haunting, breathy femininity evocative of another Midwest-to-West-Coast outcast – Elliot Smith.