NIMBYISM Or Railroaded By the Nonprofit-Government Complex? 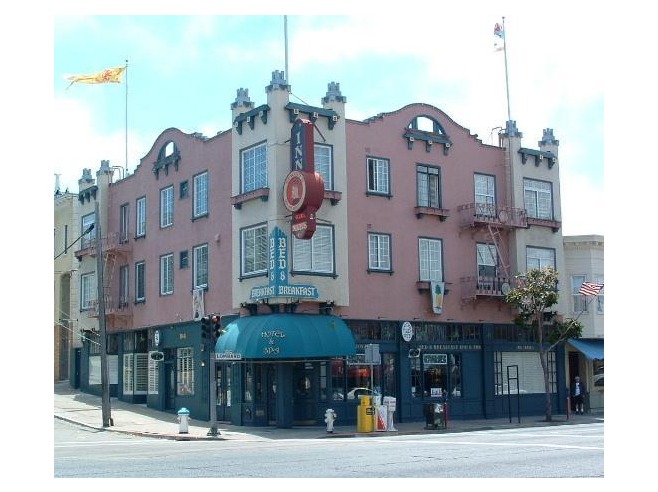 A drive down Lombard Street in the Marina District reveals plenty places to live on a limited basis: hotels and motels (the Holiday Inn is further up US Highway 101 on Van Ness Avenue) proliferate, and there’s even some city-subsidized housing for poor folks, such as the infamous Bridge Motel.

This could change if city leaders and nonprofits like Community Housing Partnership and Larkin Street Youth Services have their way. With the blessing of the Mayor’s Office on Housing, CHP purchased in July 2010 year ago a former bed-and-breakfast on Lombard at Scott Street. The plan is to use $9.1 million to convert the former Edward II Inn bed and breakfast into housing for 24 young men and women transitioning out of the state foster care system — a population high at risk for homelessness and drug abuse, the experts say.

At-risk young adults housed in the Marina District — sounds like an OK idea, and certainly a better plan than sticking kids statistically likely to use drugs near one of the city’s open-air heroin and crack cocaine markets in the TL.

No land use issue in San Francisco is ever that simple, of course. The project — in which up to 24 young adults transitioning out of foster care and earning not more than half the local median income would live indefinitely in an environment not unlike a college dorm: 160-square foot units, with private baths and a common kitchen, overseen by one in-house resident manager — received approval from city planning officials in July, but Marina District neighbors have filed formal appeals opposing the project, including a controversial CEQA appeal — the kind of lawsuit that famously derailed the city’s Bicycle Plan for several years — filed at the virtual last minute Sept. 6.

“That’s bad faith on the neighbors’ part,” says Gail Gilman, executive director of CHP, who noted that Marina denizens waited 51 days from the July 2011 Planning Commission approval to file the CEQA (City Attorney Dennis Herrera’s office ruled the CEQA was timely filed, a legal ruling that some project sponsors claim was politically-motivated; the neighbors say that they weren’t able to schedule a meeting with CHP and Board President David Chiu, the sponsor of rezoning legislation required to begin construction, until the first week of September).

Project supporters like Gilman say that Marina residents’ objections are pure NIMBYism, while the residents claim that they’re merely trying to improve what city officials — including the powerful nonprofit-political complex — tried to shove down their throats with little fanfare or input.

“They [the Mayor’s Office of Housing] came in and said, ‘It’s time your neighborhood took on one of these projects,'” one Marina resident, speaking off-record, told the Appeal, adding that for some reason, CHP and the city chose the Edward II — an oddly-designed, poorly-maintained building — when other, more suitable buildings with less need for costly seismic-retrofitting and reconstruction were available. Other sources corroborated this account.

“From our first meeting with [MOH], it’s just been railroaded through,” says Patricia Vaughey, an oft-quotable Marina resident who has run her own program for at-risk youth for some 30 years. According to Vaughey, it took considerable effort for representatives from the nonprofit and the city to even meet with Marina and Cow Hollow residents, and when they did, there was scant information available. “We asked what the program [at the former foster youth facility] would be, and they wouldn’t tell us,” Vaughey claims. “They said, ‘Trust us, we have the experience.’ That doesn’t work for me. To this day, we haven’t heard exactly what the program will be.”

It is true that CHP offered some changes after the Marina residents stood up and fought back. For example, CHP is now offering to make the first two floors wheelchair-accessible, create a 3,000-square foot common area in the building’s basement, increase the staffing from one-full time resident manager to two, reduce the amount of nightly visitors allowed per month from 14 to 10, put on the door an overnight staffer watching who comes in and out from 4 pm to 8 am, and create a committee including local residents to oversee the project’s implementation, according to Gilman.

“A lot of that was a no-brainer,” says Lori Brooke, president of the Cow Hollow Association, the lead neighborhood group appealing the project. An agreement could be reached as soon as 5 p.m. today, if the five Marina neighborhood organizations agree to the list of improvements outlined in a memorandum of understanding offered by CHP and drop their appeals. If not, the issue will be argued before the Board of Supervisors at a future hearing — where the project will almost certainly be approved, Brooke admits.

“They have the votes,” she says (along with Chiu, supervisors Jane Kim, Eric Mar and John Avalos are project co-sponsors). “We want to have a good relationship with these folks; we know they’re moving in.” So then why go through the trouble of filing a CEQA? Without that, she points out, CHP might not have offered the project improvements they did.

A last-minute effort to broker a compromise and avoid an appeal — scheduled for Oct. 4 — appears to have failed. Interviewed Friday, Vaughey vowed not to drop her appeal — but not because she’s opposed to transitional housing in her neighborhood. “We’re not conservative,” she insists. “We just want to know what’s coming into our neighborhood. We asked.” She wants the improvements — including the provision for two managers instead of one, the communal space, and the panel of nonprofit operators and residents — codified in the land use legislation.