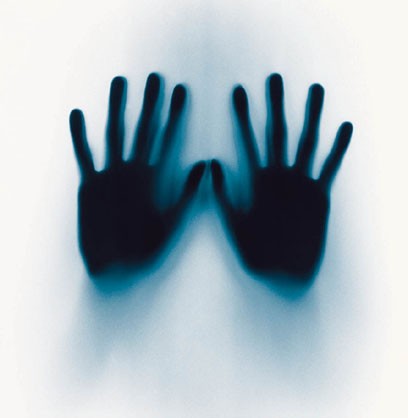 Federal immigration officials are crisscrossing the country this month to spread the word about resources available to foreign victims of trafficking, violent crimes and domestic violence.

United States Citizenship and Immigration Services officials held a press conference at USCIS’ San Francisco office Tuesday to discuss two visas available to such victims and to urge the public to be aware of potential human trafficking victims in their communities.

Immigration officials define human trafficking as a form of modern-day slavery in which victims are transported and forced into prostitution, hard labor or domestic servitude.

Often, traffickers prey on impoverished women and children, luring them into a life of slavery with promises of paid work in the U.S., federal officials said.

Once ensnared, many victims do not know how to escape, said Lynn Boudreau, assistant center director at USCIS’ Vermont Service Center.

The federal agency is partnering with community groups, law enforcement and immigration officials in the Bay Area and nationwide to reach out to potential trafficking and violence victims and educate them about their options.

Foreign trafficking and crime victims can apply for a T or U Visa, created under the Victims of Trafficking and Violence Protection Act of 2000, USCIS officials said.

The T visa is geared specifically toward victims of trafficking, while the U visa is meant to aid victims of violent crime or domestic violence, Boudreau said. Both visas provide victims with immigration protection, allowing them to remain in the U.S. for three years.

During that time, T or U visa holders may apply for permanent resident status, she said.

To qualify for the T visas, applicants must show that they have helped law enforcement arrest and prosecute their trafficker and that they would suffer severe hardship if forced to leave the country.

U visas are available to victims who have suffered physical or mental abuse that occurred as a result of having been a victim of criminal activity. Applicants must show they are willing to assist in the investigation and prosecution of that criminal activity, federal officials said.

Boudreau said the government issued all 10,000 available U visas last Fiscal Year, while issuing only about 800 of 5,000 available T visas last year, perhaps because the U visa application is less complicated to complete.

Yet officials said today that those numbers are up from previous years, largely due to USCIS’ ongoing collaboration with police and community-based groups who reach out to victims in their communities.

Susan Bowyer, an attorney for the Immigration Center for Women and Children in San Francisco, said she has seen the visa process work for local trafficking victims who have fled their traffickers and found jobs and stability in the U.S.

“There are so many people who have gone from abject hopelessness and desperation to unlimited possibilities,” she said today.

To report a potential trafficking victim in your community, USCIS urges the public to call a non-governmental, confidential help line at 1-888-373-7888.

“It’s just about being vigilant,” Boudreau said. “If something doesn’t seem right, this is the number to call.”