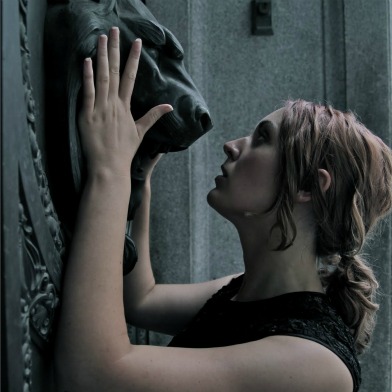 I imagine starting a theater company in San Francisco is like becoming a priest or nun. In a world where you can do almost anything else and enjoy the fruits of excess in every possible arena, you decide instead to dedicate yourself to an existence of abstinence. There is almost no money, fame, or a guarantee of success. Yet, like the church, people still believe and it is that belief which nourishes and sustains its very life. Do It Live is one such addition to this fraternity of believers and a welcome one at that.

What:Do It Live’s production of Henry VI
When: September 2nd – 17th
Where: Boxcar Studios, 125a Hyde St. at Golden Gate
Tickets:$15 online at brownpapertickets.com – $12 for students.

Their production of Henry VI, now playing at the Boxcar Studios, is an ambitious and solid feat of theater.

The play, which is comprised of three full-length scripts, has been reduced to two and a half-hours while still retaining the necessary exposition and essential character arcs. The plot revolves around the contention between the House of Lancaster’s claim that their ancestor, Richard II, was wrongly overthrown by the House of York’s Henry IV. With a weak and unpopular king now ruling, the Lancasters see their opportunity to reclaim their title.

The two houses battle each other in the court and on the field with alliances shifting continuously and more intrigue than a telenovela. However, Do It Live manages to clear up a great deal of this confusion with clarity of character and a video presentation cleverly and amusingly elucidating the lineage dispute.

The performances, while maybe not technically masterful, were clear, forcefully stated, and vigorous. Casey Worthington’s Suffolk is of particular note, infusing both a sense immorality and pathos as he begins his rise only to lose his head.

Samuel Richie, as the religious-minded and politically naive King Henry VI, shed the usual overbearing crazed fanaticism so often seen in that role for a more accessible, Earthly-minded sovereign. This was not merely a king shut away in his room forgoing his temporal duties for bible study, he was a misunderstood and frustrated ruler unable to grasp his situation.

Allison Combs gives a tour-de-force performance as the opportunistic and vengefully sadistic Queen Margaret. Jeremy Forbing’s interpretation of Richard of York’s usurping warrior was an enriching and layered rendition deftly managing to play both a version of a middle-aged pub brawler and gentle father, and Ben Landmesser as Richard III furnishes a subtle and nuanced interpretation which was both surprising and immensely fun to watch. His appearance in the first scene, hiding in the darkness and witness to the chaos to come, was note-perfect as we came to realize who he was and what he was to become. It was a performance that steadily grew in intensity and pitch until, at the play’s end, he slithered into the role to which Shakespeare (wrongly) had him banished in the annals of history.

The production’s pacing was tight and fast and the set was a humble and efficient host for the story. While the staging was at times cumbersome and disorganized in the group scenes, it was forgivable considering the limitations of the miniscule space.

Particularly engaging were both the use of video and the musical scoring, both tastefully employed with restraint. Usually I balk at modernizing Shakespeare because so rarely does the concept bear the weight of the text, but in this production it never felt forced. They were content to simply tell the story and let the audience grasp the obvious connection between the fight for power in 17th 15th century England and 21st century America.

With shrinking theater audiences and dwindling government subsidies for the arts, any young theater is going to have their work cut out for them. However, armed with their courage, talent, and dedication, Do It Live has more than a prayer’s chance.