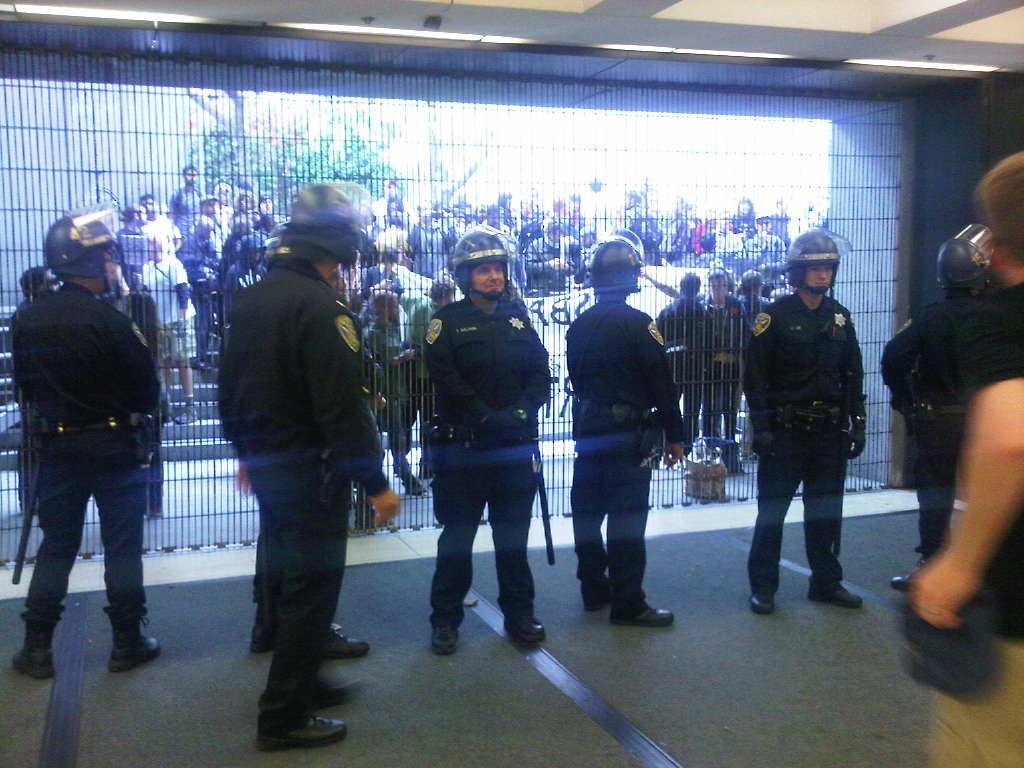 It’s Monday, and that means, if the tumblr attributed to the OpBART protest arm of activist group Anonymous is to be believed, we can expect another BART-related demonstration at 5 PM today in as many as three downtown stations.

According to the OpBART twitter account (it’s a good thing I’m not a trained journalist or it might weird me out to be citing these things as sources! Then again, maybe not.), protesters are instructed to assemble at “civic center station or embarcadero. Stand on the platforms, don’t move. hold a banner saying why you are there.” According to the Ex, they’ll be at Powell as well.

As has been widely reported, protest organizers say that we can expect these Monday civil actions to continue until BART police is disbanded, a public apology is issued for BART’s shutdown of cell service August 11, the investigation into BART police’s fatal shooting of Charles Hill at Civic Center Station is reopened, and BART spokesperson Linton Johnson and BART Chief Kenton Rainey are fired.

Last Thursday, a protest outside the fare gates at the Powell Street station led by the group “No Justice, No BART” resulted in the closure of the station and the arrests of approximately 25 protesters by BART and San Francisco police.

Several journalists were also detained during the civil action, which took place in the area BART spokespeople had previously said was fair game for protest.

In an editorial entitled “BART police should let reporters do their jobs,” the Chronicle characterizes this act by BART police as either “incompetence or an act of aggression,” saying that “The BART Police Department continues to demonstrate troubling lapses in judgment and competence, in ways large and small.”

Anonymous, which has organized protests both inside and outside BART stations, appears to concur, saying that their move back to the train platforms for today’s protest is a response to Thursday’s arrests.

“They are arresting us for speaking in free speech zones,” they tweeted. “So why not speak freely in areas they don’t want us?”

While at publication time BART had not officially warned riders about any potential disruptions to their commute, Allison told Bay City News that BART police will have a similar presence today to that of the past few weeks. The Chron also says that “Benson Fairow, BART’s deputy police chief, said one option may be to seek restraining orders against people who repeatedly seek to disrupt train service.”