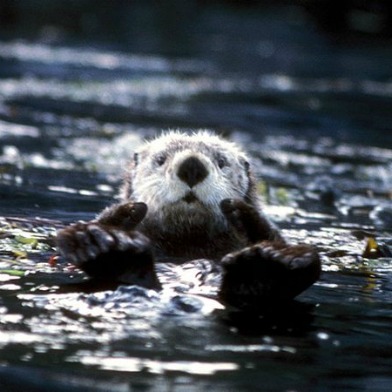 For the first time in more than two decades, inclement weather prevented Bay Area scientists from collecting data used to assess the vulnerability of an endangered species–the California sea otter.

The U.S. Geological Survey typically leads a team of scientists and volunteers in conducting the population survey, which has been an annual event since the 1980s, according to the USGS.

That data is in turn used by the U.S. Fish and Wildlife Service to gauge the species’ population recovery progress and whether the California sea otter can be removed from the endangered species list.

Although the team was able to conduct shore-based observations using telescopes, heavy fog, poor visibility and strong winds throughout this past spring and summer prevented completion of aerial observations, according to Tim Tinker, the chief scientist for the annual survey.

Both measurements are crucial, so a reliable total count for this year was not possible, Tinker said.

The partial data, however, can still be helpful in tallying next year’s population.

The survey is conducted in May and June along the entire coast between San Mateo County and Ventura County. Because of limited coastal access, only about half of that stretch can be counted using shore-based techniques.

Last year, the California sea otter population index was 2,711, representing a decline for two consecutive years. The population would need to exceed 3,090 for three years in a row for the marine mammal to be considered recovered, according to a threshold set by the U.S. Fish and Wildlife Services.