Tenant Troubles: Is My New Husband Going To Get Me Evicted? 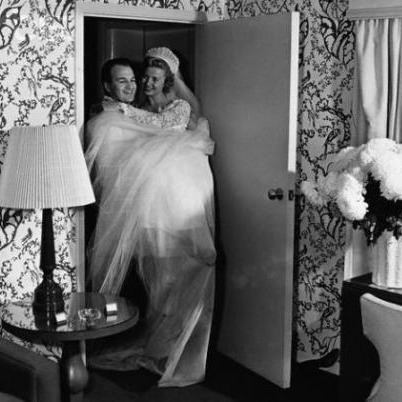 I live in a four unit rent controlled building in San Francisco. I moved into the one-bedroom apartment in 2005.

My ex-husband moved out in 2009, and I finally got around to telling my landlord in 2010, so I am now the only “original occupant”.

However, my new fiancé has been living with me, and paying all the rent since August 2010.The lease requires that, “a substitution, addition, replacement, or sublet of tenants or roommates is not allowed unless the landlord has given specific, written consent.” and “In the event subsequent occupants, co-occupants or substitute roommates are accepted into this rental unit by prior written consent of the owners, the provision the of sf rent control ordinance, part 6, 6.14 & 6.15 will apply. “

We are going to get married in less than a month, I’m going to change my name, which I don’t think is going to be a problem since I pay my rent through money order. But, apparently him living with me but not on the agreement is a violation.

We wanted to act like he hasn’t been living at this address, and do all the stuff to get him on the agreement, but his credit report will state this address as an address. So, that’s sort of a give-away, right? Is there anything that I could do to help alleviate this situation, or will we have to move when we get back from our honeymoon so I won’t get evicted? I love this apartment so freaking much…

As you noted in your email, in your email your situation is almost exactly like our reader’s last week who wanted to swap girlfriend (on his lease.) If your fiancé had not already moved in, you could very easily use the method prescribed in Rent Board Rules & Regulations §6.15B to request permission form the landlord for him to move in. If your ex-husband was originally on the lease you would simply be making a one-for-one roommate replacement.

Of course it would be difficult to make the replacement now because your fiancé already lives with you. It is always tough to fake the approval process. He could move out and move back in. Or you might argue that he is an original tenant if he has been paying directly to the landlord for the past year. But guess what?

Rent Ordinance § 37.9(a)(2)(B) states: “[…] a landlord shall not endeavor to recover possession of a rental unit[…]as a result of the addition of the spouse or domestic partner of a tenant, so long as the maximum number of occupants stated in Section 37.9(a)(2)(B)(i) and (ii) is not exceeded.” The maximum number of people allowed in a one-bedroom apartment per the regulations is certainly more than two, depending upon which code you read.

Rent Board Rules & Regulations §6.15D also addresses this. Creditworthiness cannot be a bar to the addition of a family member unless the family member is going to be legally liable for paying the rent. In your case, no matter where the money comes from, you’re the person who is legally liable because yours is the only name on the lease.

You do not have to engage in any subterfuge.

Readers: It’s never a good idea to try to backpedal to get a landlord’s consent to the addition of a roommate after the roommate has moved in. Follow the rules before you add a roommate. If you’re married to your roommate (or joined in civil union) you should still understand that the rules apply, but they are much more forgiving.

Go get married, have a great honeymoon and don’t worry about eviction.