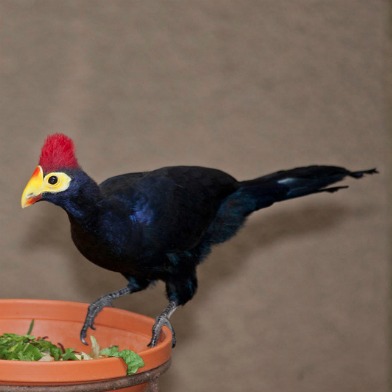 The San Francisco Zoo welcomed a colorful new “Go Away” bird to its aviary.

Lady Ross’s turaco are commonly referred to as “Go Away” birds because their call sounds like someone saying “g’way,” zoo officials said.

The zoo described the Lady Ross’s turaco as a “striking, medium-sized bird” that is native to central and southern Africa and generally inhabits forests and wooded areas.

The bird possesses a long tail and broad, round wings. It is also said to be incredibly social and abundant in Africa.