On the Road: Twin Shadow, TV On The Radio And Others

Pruning next month’s concert calendar for the not-to-be-missed.

Even at its most well-crafted, “genre jumping” – the practice of looking back to and appropriating distinctive 20th century styles – often incurs the scorn of critics, especially European ones. Some see the necessarily retrospective stance as a form of conservatism, a lazy or decadent (or worse – ironic) profiteering off of risk-taking past. Others simply see the end result as muddled and thus ineffective. Being an American with few qualms about traditional purity, the latter accusation rarely occurs to me. The former, however, is a concern indeed.

For this reason, Twin Shadow’s Forget, which caters to just about every indie-pop sensibility cresting at the moment (it is dreamy, steeped in uncanny New Wave sounds), continues to pique my critical reflexes. The album impresses me enormously, and yet I am compelled to maintain a distance from it, remaining ever on the lookout for the slightest indication of disingenuousness.

Frontman George Lewis Jr.’s persona offers no resolution whatsoever to my circumspection. To the contrary, the straight-faced antics of this enigmatic fellow – a native of the Dominican Republic now operating out of Brooklyn, who sports a formidable mustache and is prone to keeping his shirts unbuttoned to the abdomen – offer two disparate and, at a glance, equally compelling interpretations: that he is totally sincere, in which case he takes himself seriously to a degree that is rarely tolerated in the rock ‘n roll tradition, or that he is a tragic hipster, no longer even aware of how emptied his gestures are of authenticity. The following excerpt from his “The Story” blurb might support the former:

It’s at this moment you hear the music of Twin Shadow on a radio station transmitting suburban ghost dreams that sound like a slow motion shot of a cannon, singing about spirits, visions, and aural hallucinations cutting through the first American night.

The collection of pencil-drawn renditions of Lewis’ head, each sporting a different (regrettable) hairstyle rooted in a particular culture or past era, would seem to suggest the latter.

In any case, the music itself betrays nothing other than authentic emotion, earnest sentimentality and honest expression, so I try to confine my consideration to that. The songs are light on their feet, uniformly graced by Lewis’ delightfully loungey, crystal-clear vocals. With each track, he unearths a past romantic encounter that, as the album’s title suggests, he apparently wishes to forget.

Lewis makes smart (and extensive) use of synthy electronics (“Tether Beat,” which, as I have proposed before, in another universe was certainly a Peter Gabriel hit, “Castles in the Snow”), but knows his way around a bass riff just as well (“When We’re Dancing,” “Slow”). Thanks to Chris Taylor of Grizzly Bear’s contributions as producer, no track on Forget bears even the trace of a bruise. Lingering misgivings about retrospective rock aside, Forget is a near-immaculate album.

This will be your last chance to catch Twin Shadow touring in support of his debut. Certainly worth going to, if only in the hope that this puzzling figure, George Lewis Jr., may take clearer form. 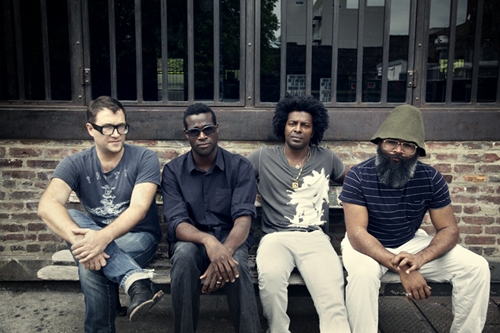 Irrespective of the artistic accomplishments that speckle Return to Cookie Mountain (2006) and Dear Science (2008) – that is, the experimental or exploratory acts of sonic composition, the educated, inquisitive and kaleidoscopically inclusive attitude toward musical styles, and the intellectually or emotionally revelatory lyricism – these albums, generally crowned as TV on the Radio’s best, demonstrate unbelievable stamina. They are long albums (56 and 50 minutes) on which each song, in what feels like athletic competitiveness, proves itself to be as tightly-written, engaging and beautiful as the last. Some lag (particularly in the last third of Dear Science) but there are no throw-aways.

Dear Science does not quite keep up the sonic experimentation showcased by Return to Cookie Mountain tracks like “I Was a Lover,” which toys with exotic instruments (sitar) and amply employs bold, at times jaggedly grafted samples. Instead, it remains self-assuredly within the sensuous, broadly appealing sound that TV on the Radio had by then claimed as uniquely their own: a seamless combination of prog/art rock, new wave, jazz, soul and funk (among others,) glossily produced so that all components may shine – above all Tunde Adebimpe’s marvelous vocals. It is heady, catchy and soulful (“Halfway Home,” “Golden Age”). No wonder Pitchfork readers voted the effort 2008’s album of the year.

The band’s post-hiatus album, Nine Types of Light, released last March, is a tired disappointment by comparison. The ingredients, it would seem, are all there – the variety of musical styles, the golden vocals – but there is something decidedly missing.

For one, the album retreats further into safe (boring) indie rock territory than ever before. If the accompanying film, a string of music videos interspersed with Brooklyn intellectual-type people delivering dorm-room philosophy (“Have you ever fallen asleep in a dream?” “In the future, there will be a chip inside of every human being’s head”), intends to redeem art-rock status for the album, it is in vain.

Ultimately, the effort suffers from a fatal lack of electricity in both its songwriting and execution. Compare the supposed love song “Will Do,” sentimentally flat to the point of apathy, to the significantly more full bodied (and full hearted) “Lover’s Day” or the unforgettably impassioned “Wolf Like Me.”

So, should one catch TV on the Radio in concert amidst their post-hiatus creative slump (one made all the rougher, no doubt, by the loss of bassist Gerard Smith to lung cancer)? They are, after all, a massively talented band with a strong and extensive song arsenal. If they can muster the energy invigorating Return to Cookie Mountain and Dear Science at their live show (as they have in the past), then even Nine Types of Light tracks are likely to shine.

Archers of Loaf (9/2, 9/3 at The Great American Music Hall· Tickets) – Their clangy, distortion-bathed compositions and smart, biting lyrics decidedly earn this early 90s outfit a place in the alt rock canon, and yet Archers of Loaf rarely receive the recognition enjoyed by contemporaries like Sonic Youth, Dinosaur Jr. or Pavement. Their acclaimed debut, Icky Mettle, was recently re-released.