MTC Backs Off On Controversial Decision To Move To SF 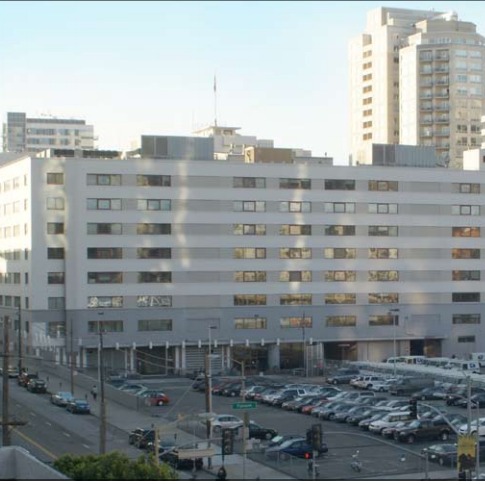 The Metropolitan Transportation Commission, responding to heavy criticism and threats of litigation, today rescinded its approval in a 12-2 vote on July 27 to move the regional government center’s headquarters from Oakland to San Francisco.

However, San Francisco Supervisor Scott Wiener, a member of the MTC’s board, said after a four-hour hearing on the issue today that he thinks there will be only “a short delay” in the proposed move and is optimistic that it will be approved for a second time sometime soon.

The MTC today appointed a six-member ad-hoc committee to study legal, financial and accessibility concerns that have been raised by opponents of the move to San Francisco. It is slated to report back to the full board within 60 days.

Wiener said the MTC is delaying a final vote only out of “an abundance of caution” due to a threat by the city of Oakland to file a lawsuit based on its allegation that the regional transit agency violated the state’s open meeting laws when it had its initial vote three weeks ago.

Wiener criticized what he described as Oakland’s “very aggressive” legal stance, saying that otherwise the MTC would be moving ahead with its proposed move to San Francisco.

The MTC has been located at a building at 101 8th St. in Oakland, which is across the street from the Lake Merritt BART station, for 40 years but says it wants to move to a new location because it has grown and needs more space.

After reviewing 12 possible sites over the past two years, the MTC proposed moving to a building at 390 Main St. in San Francisco, which is between Harrison and Folsom streets.

The MTC would spend up to $180 million to acquire and renovate the 497,000-square-foot building, which was built by the U.S. Navy in the 1940s for assembling military equipment. More recently it has housed a major U.S. Postal Service office.

The MTC would be joined at the site by the Bay Area Air Quality Management District, which currently is located in an aging building at 939 Ellis St. in San Francisco and is seeking to move to new quarters. Its board approved the move in a 13-2 vote on July 18.

The MTC hopes that the Association of Bay Area Governments, which shares the Oakland building with the MTC, and the Bay Conservation and Development Commission, which is located at 50 California St. in San Francisco, will also relocate to the 390 Main St. building, but those agencies have not yet agreed to move.

Some critics charge that the proposed site would be less accessible than the current site, or a proposed alternate site in Oakland, for people with disabilities who want to attend MTC meetings because it is a half-mile from the nearest BART station.

The proposed new site in Oakland at 1100 Broadway is on top of the 12th Street City Center station.

Critics have also questioned the wisdom of having the MTC buy the San Francisco building at a price 75 percent higher than private investors bought it from the federal government in December 2009.

But MTC Executive Director Steve Heminger defended the purchase price, saying that the previous sale came near the bottom of the real estate market and prices have increased dramatically since then.

Heminger also said it would be cheaper to move the MTC to the San Francisco site than to move to a proposed new building in downtown Oakland because older buildings are cheaper than new buildings on a square-foot basis.

State Sen. Mark DeSaulnier, D-Concord, has called for a Senate hearing and audit of the proposed deal because he questions the use of state bridge toll money to buy and rehabilitate the San Francisco building.

But Heminger said the MTC’s lawyers believe that using toll funds for the building is appropriate and legal.

Kaplan also said the Oakland site would generate more construction jobs, would be better for the environment because it meets current green building standards, and would spur transit-oriented development.

San Mateo County Supervisor Adrienne Tissier, who chairs the MTC, said the dispute over a new site “has become Oakland versus San Francisco” and “extremely political.”
Tissier said, “I’m disappointed at all the political heat” but she thinks it is good for the MTC to take more time and review all the issues that have been raised before it makes a final decision.