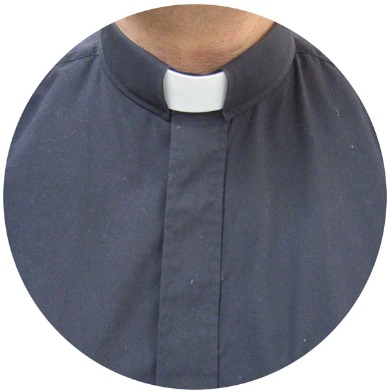 A San Jose man has filed a lawsuit against a San Francisco priest who is accused of child sexual abuse and claims that officials of two California dioceses and an archdiocese knew about the abuse and neglected to act on it.

The plaintiff, 23-year-old Matthew Frazer, claims that Flickinger sexually abused him when he was a parishioner and altar boy at St. Frances Cabrini Church in San Jose, where Flickinger was a priest.

The lawsuit claims Flickinger has a 40-year history of sexual misconduct and accuses three area dioceses–in Fresno, San Jose, and San Francisco–of conspiracy, negligence, fraud and deceit for what his accusers say is their knowledge of Flickinger’s actions and their failure to intervene or warn the public.

More than 20 witnesses–including former altar boys and their parents, students, and parishioners of Flickinger’s parishes–claim in the lawsuit to have seen or been the victim of Flickinger’s misconduct.

Representatives from the Survivors Network of those Abused by Priests, or SNAP, gathered in front of the San Francisco church Wednesday morning to bring Flickinger’s alleged misconduct to light.

“The church shouldn’t be in the business of protecting child abusers,” said Tim Lennon, leader of the San Francisco chapter of SNAP.

Employees at St. Paul’s rectory and the school said no one was immediately available to discuss the charges and that Flickinger had retired and moved out of the rectory about three months ago.

Frazer’s attorney, Tim Hale, said, “We strongly believe there are many other victims.”

Frazer allegedly reported the abuse shortly after it occurred to the San Jose Police Department. The lawsuit claims that Flickinger knew about the investigation and was prepared when Frazer and the police conducted a “sting” phone call in which Frazer confronted him with his accusations.

Around 2005, the lawsuit claims, members of the San Jose diocese seemed to limit Flickinger’s ministry–for example, the lawsuit said the priest was sent to a retreat in Northern California where he was allegedly only allowed to perform mass for the nuns in residence.

A witness in the lawsuit claims that Flickinger admitted that he had been suspected of sexual abuse and that the San Jose parish asked him to leave.

Lennon, a victim of sexual abuse himself, said the churches and diocese should have stepped in and done something to protect children in light of the allegations. Instead, he said, church officials “circled the wagons” and moved Flickinger from church to church.
Frazer pleaded no contest to misdemeanor child pornography charges in 2009, according to Hale.

Hale said Frazer downloaded child pornography from the Internet shortly after the abuse occurred and that this behavior was a “direct result of psychological abuse.”