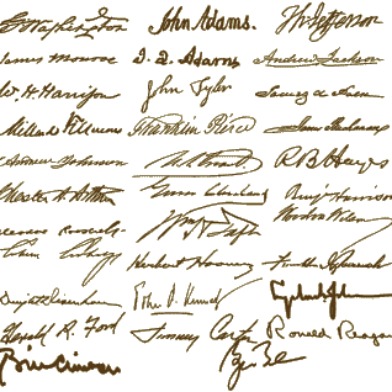 Those clipboard-toting folks extolling you to sign this or that over the past few months are now gone — at least until the next election season. To you, they may seem a petty annoyance, but to political campaigns, they can be a vital show of strength.

While it’s much easier for a political campaign to get registered voters to sign names on a “signatures-in-lieu” form — meaning that if a political candidate can collect enough Herbie Hancocks, he or she won’t have to pay the filing fee, which is 2 percent of the desired elected office’s salary — than it is to sign a more-valued campaign contribution check, campaign officials are nonetheless proud of the signature totals they collected, which were released this week along with first-half fundraising totals.

At least, the campaigns that bothered to collect signatures from registered San Francisco voters are proud, anyway.

Four mayoral campaigns had very healthy signature totals submitted to the Department of Elections, according to records. State Sen. Leland Yee had the strongest showing, with 10,421 valid signatures collected. Next was Board of Supervisors President David Chiu with 8,938, City Attorney Dennis Herrera with 7,677, and Supervisor John Avalos, with 6,665 strokes of the pen validated by city election officials.

Nearly every campaign had a fair number of signatures thrown out for a variety of reasons — names illegible, not on voter rolls, or fake people are all possibilities. But even invalidated signatures are a sign of campaign strength, one campaign manager said.

Signatures aren’t quite as important for mayoral candidates than they are for ballot initiatives. All nine major candidates will be on the ballot no matter what; Jeff Adachi’s pension reform measure, on the other hand, needs valid signatures, otherwise it dies.

“Collecting 10,000 valid signatures from voters is no easy task,” said Yee campaign consultant Jim Stearns, who pointed out while four campaigns claimed five digits, only the Yee campaign broke the 10,000 threshold. A good total “demonstrates that a campaign is organized, has significant volunteer resources… and knows how to get the job done.”

Former Supervisor Bevan Dufty submitted 1,786, and Assessor-Record Phil Ting had 1,045 signatures. The rest of the campaigns — former supervisors Tony Hall and Michela Alioto-Pier and venture capitalist Joanna Rees the most prominent among them — either did not mount signature drives or did not submit them, according to records.

“That probably means they didn’t get a number that was anywhere near something they’d want to announce,” a consultant said, speaking on background, “so they opted out of turning them in.”

The Avalos campaign certainly collected its signatures the most cheaply: with only two paid staffers on the campaign total, an all-volunteer effort collected 6,665 valid signatures, out of over 8,800 total collected.

That’s only 1,000 less than the Herrera campaign — and with 14 weeks on the campaign trail to Herrera’s seven months, and with about a tenth of the financial resources (Avalos’s campaign had spent less than $40,000 by June 30, to over a half-million spent by Herrera).

“It means you have a good base of volunteers and are doing the outreach,” Avalos said. “As the candidate who probably has the most to gain [from a good signature total], it shows we have the grassroots effort necessary to be successful.”

None of the four campaigns claimed to have hired paid-signature gatherers.

Of course, if the signatures can’t be turned into votes, a strong signature-drive effort won’t “amount to a pile of beans,” said a local political consultant, speaking on background.

“At the end of the day, this isn’t an academic exercise,” the consultant said. “An election has one winner and lots of losers. To say, ‘Hey, isn’t this great, we came in fourth or fifth place’ isn’t very convincing.”