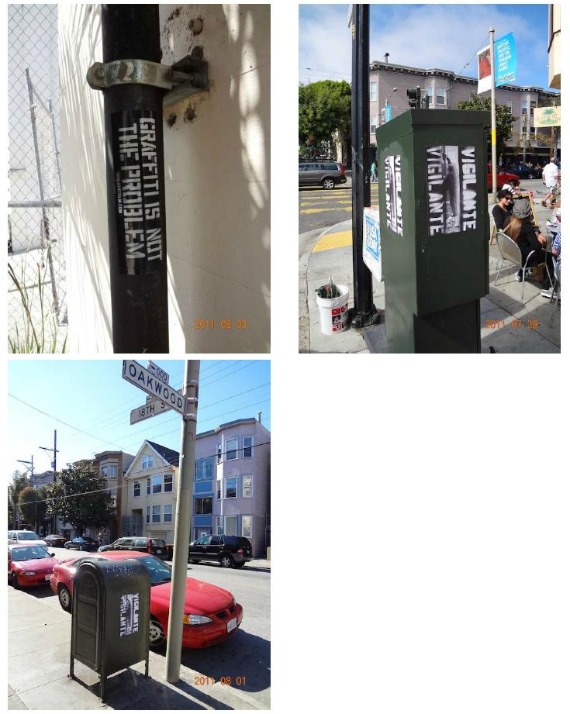 Illegally posted advertisements for a documentary about anti-graffiti vigilantes are keeping anti-graffiti crews from the San Francisco Department of Public Works busy.

City officials said the posters are showing up on storefronts, utility poles, and trash receptacles throughout the city.

The Mission District and surrounding neighborhoods are particularly problematic for the department as crews work to clean up more than 40 wheat-pasted posters in that area, city officials said.

The department said the posters promote the documentary “Vigilante, Vigilante: The Battle for Expression.”