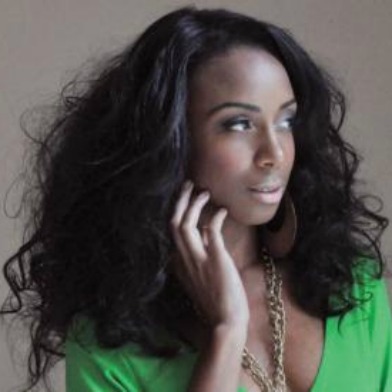 23-year-old Vallejo resident Erika Ari Alexandra, who will be representing San Francisco in this years’ Miss USA Pageant, says the event focuses on community service (as opposed to Miss America’s “special talents”) and that it’s not just about looks; “It’s about celebrating all the aspects of beauty — looking at our minds and our hearts and our souls.” The SFBG notes that Alexandra is also an aspiring model and that Miss USA, which is owned by Donald Trump, doesn’t specify charity as “a prerequisite for donning heels and walking down the runway.” But Alexandra says her goal is inspire inner-city youth, which sounds nice. (SFBG)

UCSF researchers say they’ve finally settled the debate regarding how often and at what age women should start having mammograms: earlier (age 40) rather than later. Research shows that women with denser breast tissue have higher risk of breast cancer, so the “how often” question differs in regards to that information–but mammograms clearly show breast density which is why it’s important for older women to get the procedure. I was concerned back in 2009 when a government panel claimed that women didn’t need breast cancer screenings until age 50, so I’m glad Bay Area researchers are now promoting earlier mammograms. (ABC7)

TechWomen is a new exchange program that teams tech industry workers from predominantly Muslim countries with their female peers in the Bay Area (mostly Silicon Valley). “I don’t know about American people, how they live, how they work, how they communicate with each other,” says Loubna Haouam, an IT manager with General Electric in Algeria who is participating in the exchange. “This is an opportunity to get connected to meet face-to-face.” (Mercury News)

Someone using the Twitter handle “TLCatcalls” is, well, tweeting Tenderloin catcalls such as, “Are you gay or something?” and “I wanna put you in a pan and fry you up.” Uptown Almanac says that “If you do a good job visualizing the charmed and beautiful faces making the comments, it’s pretty fucking funny.” I personally disagree, but check it out for yourself. (Uptown Almanac)

This is SoCal news, but it’s so ridiculous I couldn’t help but share: three former elementary school PTA members allegedly ran a Ponzi scheme that defrauded more than 40 people out of millions. The women “claimed to victims they had the exclusive right to sell dairy products at Disneyland and promised returns of up to 100 percent.” Someone has to make this into a movie. (SF Examiner)

SF Appeal already covered this, but thought I’d throw it in here anyway since it’s pretty awesome: SF’s Parks and Rec Department is turning the FIFA Women’s World Cup into a “local party” by hosting three days of live broadcasts in Civic Center Plaza. Giant inflatables will be set up for children (hmm, what about for 5’2” adults? that sounds fun) and gourmet food trucks will be set up for adults. Quarterfinals and semifinals are on July 9 and July 13, respectively, with matches at 9 a.m. and 11:45 a.m. The finals will be July 17 at 11:45 a.m. (SF Appeal)

Nearly 1 in 5 large US abortion providers reported a bomb threat in 2008. (Guttmacher Institute)

Ladies, did you know? We bleed red! Tampax and O.B. have finally started running ads that illustrate menstrual blood in its proper hue (usually it’s blue, or there are so many women dancing on the beach in white sarongs that you don’t notice the color at all). Advertisers apparently don’t think we’re ready for that here in America, though — no one’s spotted a red-blooded ad in this country. Let me know if you’ve seen one in the comments! (Copyranter)

Interesting: lesbians marry in much larger numbers than gay men in every state that’s sanctioned same-sex nuptials to date. Or, as the NY Post eloquently puts it, “Men have to be dragged kicking and screaming to the altar – whether they’re straight or gay.” (NY Post)

Doctors don’t know why women deal with heart disease differently than men, but it’s true: women are more likely to die in the year after a first heart attack, and most women are unaware that heart disease is the No. 1 female killer (I wasn’t!). (SF Chronicle)

Good news: a federal court blocked last week’s South Dakota law which would have required women to wait 72 hours before getting an abortion–the longest waiting time proposed in any state to date (but just wait, I’m sure someone will propose an even longer waiting time before I’m done writing this post). The judge said that that the law, which also required a visit to a crisis pregnancy center, humiliated and degraded women. (Reuters)

A federal judge will hear arguments today on whether to stop Texas from enforcing a law requiring doctors to conduct sonograms before performing abortions. The law requires all doctors to describe fetus’ features to women, who must also hear the fetal heartbeat. The law would only allow women to opt out in cases of rape or incest or if the fetus had fatal abnormalities. (AP)

Abortion-rights supporters are worried that a new Kansas regulation requiring abortion providers to obtain a special annual license would give government officials unlimited access to medical records, therefore endangering the privacy of women who have had abortions. Supporters say that’s not a possibility, since state law contains protections against patient information becoming public. A federal judge has blocked enforcement of the regulations, which were enacted last Friday, until a lawsuit involving two of the state’s three abortion providers is resolved.

These are the same regulations that nearly shut down all three of Kansas’ abortion clinics last week, and go hand in hand with other new restrictions on abortions. During the most recent legislative session, Kansas tightened the rules on late-term abortions, mandated written consent from parents for abortion-seeking minors, limited private health insurance coverage for abortions, and diverted federal family planning dollars for non-abortion services from Planned Parenthood. (AP)