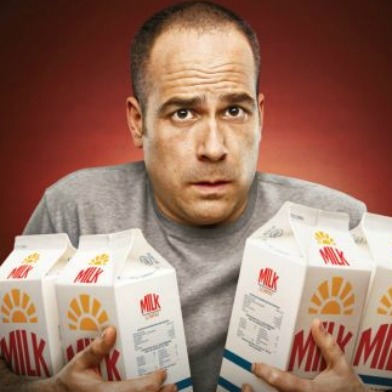 All three Google Science Fair winners are girls! One young woman studied the effect of different marinades on the level of potentially harmful carcinogens in grilled chicken (is it weird that reading this makes me hungry?), another analyzed the connection between indoor air quality and people’s reliance on asthma medications, and the winner discovered a way to improve ovarian cancer treatment for patients when they have built up a resistance to certain chemotherapy drugs. (Google Blog)

A new California milk campaign from SF ad agency Goodby, Silverstein, and Partners targets men and … PMS. And it is pretty offensive and annoying! The campaign’s website, www.everythingidoiswrong.org, has a color-coded “current global PMS level,” a “video apology enhancer” and a “mistake verification system” along with photos of confused dudes. The board’s executive director responded to criticism by saying that the ad was simply meant to make fun of “how clueless men are in dealing with emotional situations.” I’m so sick of the whole “let me mansplain PMS-woes to you” schtick. Also the “men could never possibly understand emotional situations!” schtick. And it’s not because I’m about to get my period in a few days. (SF Examiner)

This Thursday, NPR reporter Miranda Kennedy will be at Book Passage SF, reading from her book “Sideways on a Scooter: Life and Love in India,” which “explores the role of women in India’s culture, contrasting the lives of a diverse group of native women with her own difficulties fitting in as an expatriate.” (7×7)

Page Larkin, the “SF Fiftysomething Relationships Examiner,” answers a question from a woman who is dating a younger man that really wants to “put her on YouTube.” The question: “I just met a guy 10-years my junior. We get along – in every room – except one: his office. This guy has every camera and gizmo – he lives for posting photos on Face book, Tumblr, Flickr- everyday. Mr. Skype says he would love to put me on You Tube. Am I showing my age by being discreet and private? What if my kids see me on You Tube?”

I have so many questions about this! Like, this is all going on in his office? You know what Tumblr is but think Face Book and You Tube have two words each? Most importantly, what does that mean, he “would love to put you on You Tube?” Because I think that’s really crucial here. Read on for Larkin’s rather cryptic answer. (Examiner.com)

San Jose Buddhist Church Betsuin’s Obon dance festival is the largest such event in the nation. It attracts more than 1,000 dancers over two days–all of whom are dressed by just four women. Learn about them here. (Mercury News)

The NYT ran a great profile of Dr. Mila Means, a doctor struggling to open up an abortion clinic in Wichita, Kansas (she would only be the second abortion provider in the entire state). Means is fighting back against the fervent antiabortion movement that’s trying to impede her services via protests, legal actions, and death threats, and she’s fighting with panache: “But rather than lower her profile, Dr. Means raised it by buying a car that nobody could miss: a bright-yellow Mini Cooper, emblazoned, appropriately enough, with lightning bolts.” (NYT)

Josefina Vazquez Mota, a congresswoman who may be the first woman to seek a major party nomination for Mexico’s presidency, says she is “absolutely certain” that her country is ready for a female leader. She also that that her possible candidacy has been supported by other women leaders of Latin American countries and younger voters with more “modern notions about women.” (SF Examiner)

Poland might ban all abortions; a bill that would do just that is currently pending consideration in the country’s Parliament. According to RHRC, legal abortion is pretty much inaccessible even under current law (which allows abortion if there are serious fetal anomalies/in case of endangerment to the life or health of the mother). Most women seeking abortions must check out the country’s “huge black market in abortion” which earns nearly $100 million annually off the books. (RHRC)

New Hampshire’s Planned Parenthood clinics no longer provide birth control pills and other contraception, thanks to a ruling by the state’s xecutive council which rejected up to $1.8 million in funding for the group. The move is expected to affect an average of 120 low-income women each day. (Reuters)

The Ohio heartbeat bill I wrote about last week is on hold until Fall. But Ohio still has a number of other anti-abortion bills pending court approval, most recently a 20 week abortion ban with no exceptions for rape, incest or health issues. (RHRC)

Pennsylvania will be the 28th state to issue birth certificates for stillbirths upon a parents’ request. (Philly.com)